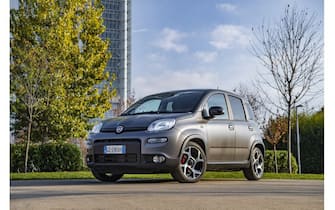 Americans love SUVs and pickups, in South America midsize pickups are popular, Europeans prefer smaller cars, or at least compact SUVs. To reveal it are the data of Motor1.com on best-selling cars in the world in 2021. In Italy the best-selling car is the Fiat Panda (pictured), followed by the Fiat 500 and from Lancia Ypsilon: here are the podiums of the other countries

WATCH THE VIDEO: Covid, delays and increases in the auto sector

GERMANY – It could only be there Volkswagen Golf (pictured) the best-selling car in Germany (it is also at a European level), followed by the two “companions” T-Roc and Tiguan (also in Allspace version)

FRANCE – In France he wins the Peugeot 208 (pictured). Second step of the podium for the Renault Clio, third for the Dacia Sandero

Drive Club, the episodes of the car and mobility column of Sky TG24

SPAIN – At the top for the first time the Seat Arona (pictured), then the new one Hyundai Tucson and here too Dacia Sandero

UNITED KINGDOM – Big changes in the UK, where Ford Fiesta did not take the top spot for the first time. On the top step we find the Vauxhall Corsa (pictured), followed by the Tesla Model 3 and the Mini 3 and 5 doors

RUSSIA – In Russia, as always, the She gives it: in first place the Vesta (pictured), followed by the Granta and from Kia Rio

HUNGARY – In the first two places the Suzuki Vitara (pictured) and the S-Cross, followed by the Fiat 500

TURKEY – In Turkey he wins the Fiat Egea (or Aegea, in the photo), then the Toyota Corolla and the Renault Clio HB

UNITED STATES – Overseas, the Ford F Series, continued to dominate the market with models F-150 (pictured), F-250, F-350 and F-450. Then the series Dodge Ram and the series Chevrolet Silverado

BRAZIL – Pickups are also popular in Brazil: first the Fiat Strada (pictured), then the Hyundai HB20 hatchback and the Fiat Argo

ARGENTINA – The sedan version of the Fiat Strada, the Fiat Cronos (pictured), is the leader in Argentina, followed by Toyota Hilux and from another pickup, the Volkswagen Amarok