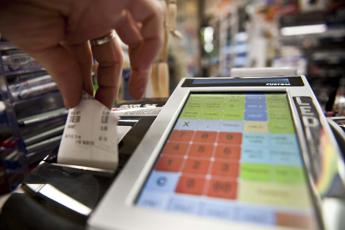 Taxi drivers, restaurateurs, small merchants and freelancers celebrate. And who does illegal operations

The cap on cash use goes up to 5000 euros. There is no longer the obligation to accept digital payments, debit and credit cards, up to 60 euros of transaction value. When these measures are in force, with the definitive approval of the manoeuvre, many daily behaviors will change. A gray area is created which escapes control and which, thanks to the greater circulation of banknotes, will be impossible to trace. There are two types of consequences.

The first concerns the sphere of lawlessness. Any type of payment, especially those between natural persons, as occurs in the case of the services of freelancers, can easily be made in cash, with obvious repercussions on the portion of transactions that will escape the taxman. It will also be much easier to spend money resulting from illegal operations or illegal gain.

The second pertains, however, to the disincentive to digital payments. Quite simply, those who are used to handling cash have an advantage and those who prefer to use cards or apps are penalized. It will become almost impossible to pay a taxi without cash, at least in cases, and there will tend to be many, in which the taxi driver, as already happens without the law in force, refuses to accept cards. What changes? Now he will also have the law on his side and will no longer risk any type of sanction. If, as seems probable, the offer of taxis that allow payment with cards were to decrease significantly, there would also be consequences on the demand side, with customers gradually becoming accustomed to the new course. It will also become very difficult to use digital payments in smaller shops and almost impossible with artisans and in markets. The pos will also disappear in many tourist facilities, in restaurants and in bathing establishments.

So who needs the gray area? The floors remain two. It certainly benefits those who want to escape, those who want to launder money and those who need to circulate it for illegal activities. On the other hand, it favors those who prefer to spend in cash rather than using a card. But another question arises. How many people are there who prefer banknotes and who have no interest in using them for profit, whether to secure a tax benefit or hide what they spend from any form of control? (from Fabio Insenga)