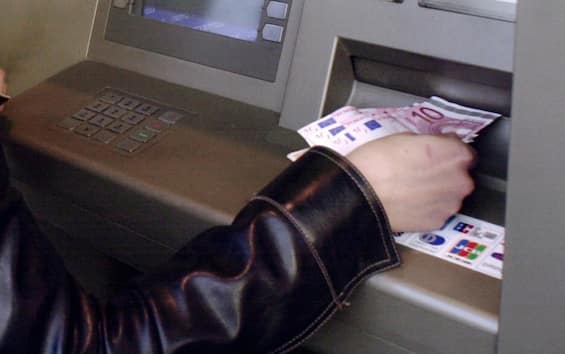 Giorgia Meloni has confirmed that she will put her hand to the cash ceiling (without indicating the amount) adding – among other things – that it “penalizes the poorest”. For millions of Italians, the roof is not a problem

There are still lire when the first ceiling on the use of cash appears in Italy. It is 1991 and the limit on crisp card payments is 20 million. Since then the bar has gone up and down many times. In 2002, with the introduction of the euro, it is at 12,500 and from this threshold it drops and goes back to 2011, when the Monti government tightens to a thousand. In 2016, the ceiling is 3 thousand. From 2020 to today, at 2 thousand.

Limit to banknotes on the roller coaster

The goal of returning to one thousand euros in 2022 has slipped because last year the Parliament, with the votes of the center-right, postponed the date to 2023. When, however, the ceiling will probably be higher than the current one, given the intentions of the new government and the League’s proposal to reach 10 thousand. Giorgia Meloni has confirmed that she will put her hand to the cash ceiling (without indicating the amount) adding – among other things – that “penalizes the poorest”.

For millions of Italians, the roof is not a problem

According to Istat, 1.9 million families, equal to 5.6 million Italians, are “absolute” poor, that is, they are unable to buy goods and services considered essential for having a dignified life. We are talking – to give an example – of a couple with two small children who live in a big city and who have a little more than 1,300 euros in the South, 1,600 in the Center and 1,700 in the North. For all these people the possibility of not being able to spend 2 thousand euros in cash at once (the limit applies to each single purchase) does not seem a problem, given the little money they have in their pockets. But even for the rest of the Italians, who are faring better, the existing constraint does not appear to be a major obstacle. On average, families in our country spend 2,437 euros per month for all their consumption (from food to bills through to medicines), but half of them are just over 2 thousand (2,048).

Europe in no particular order

In the rest of Europe you travel in no particular order on cash. Eighteen countries have a ceiling (including ours) and among these are France, Spain, Portugal, Belgium and Greece, with – in some cases – stricter limits than ours. In Germany there is not, but those who pay more than 10 thousand euros must present an identity card.