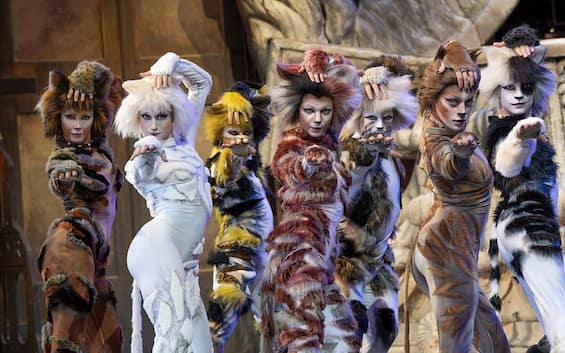 Almost 35,000 tickets sold and 15 consecutive sold outs. The march of Cats at the Sistina Theater he seems unstoppable. Andrew Lloyd Webber’s musical with lyrics by Nobel Prize winner Thomas Stearns Eliot, set for the first time in Rome, in a feline colony in the Colosseum in this new version by Massimo Romeo Piparo, is registering an extraordinary success at the box office with 34,470 tickets sold in first two weeks of programming.

In Rome from December 7th

Cats it premiered at the Sistina on December 7 to celebrate the 40th anniversary of its Broadway premiere and on this occasion, with the author’s permission, was set in a hypothetical and futuristic dump of works of art and archaeological finds in Rome. In the cast, the name of Malika Ayane stands out, in the role of Grizabella, a character who sings the classic memory. With her, 27 other artists subjected each evening to the extraordinary work of make-up and costume designers.

The music composed by Lloyd Webber will be played live by the Orchestra conducted by Maestro Emanuele Friello. Signature choreographies Billy Mitchell, emerging choreographer of London’s West End, current associate choreographer of the latest productions of AL Webber, from School of Rock to Cinderella. The Musical will remain on stage until 22 January, accompanying the public throughout the Christmas holidays, with performances also on 25, 26 and 31 December, 1 and 6 January.