Cecilia Carolina Bolocco Fonck has had a successful career since its inception and has stood out as an actress, television presenter and beauty queen, since she was the first Chilean crowned as Miss Universe 1987.

This 2022 the Miss Universe Chile 1987 returns to the screen six years after having animated the star “Dancing”, Cecilia Boloco returns this 2022 to have a project on television, which will debut this Sunday, after “Central Tele13”through the screens of Channel 13.

It is “All for you, with Cecilia Bolocco”, a program in which celebrities will pay tribute to their mothers or those key people in their lives, and for this the former Miss Universe will have a pleasant and intimate conversation with her guests and their parents .

“It is to return to the most enriching part of the job as an animator that I have been able to do throughout my career, which is this type of interview. The two Emmy Awards that I won were with talk shows and one of them was an intimate talk show, that is, I went to the house of Anthony Quinn, of Paloma Picasso and I spent a lot of time with Gloria Estefan, so this implies returning to that facet ”, highlights Bolocco, recalling the praised spaces he did in the 1990s for the Telemundo network in the United States, “La Buena Vida” and “Ocurrió Así”.

To the above, she adds that “I was so passionate about these types of programs that I even ended up being the executive producer and wrote the scripts, then from there I soaked up the history of my guests. And without a doubt, this project takes me back to that time and to my side as an innate interviewer and conversationalist, which makes me happy”.

Cecilia also states that “we seek to have that closeness with people and have deep encounters again. In ‘Todo por ti’ we want to leave a note of love and sensitivity and, definitely, it is an invitation to that intimacy within the family”.

Within this context, he points out that “Mother Teresa was once asked how to find peace and she said ‘go home and love your family’. If each one loved their own and if each one went to her house to truly love, everything would be better. The family is the core of society and when the family breaks down, an entire society does, and we must stick together and return to that nest that is the family. All of this is what this program rescues.”

The former host of successful spaces such as “Long Live Monday” and “Cecilia’s Night” It also emphasizes that “we seek, through this program, not to forget to always give thanks for everything we have. How many times do we stop to think about what we lack and forget to bless what we have? That many times it is all we need to be happy in life, and we do not recognize it until we are at a critical moment. Therefore, how nice it is to be able to deliver that certainty that there is always something for which we should feel infinitely grateful. On the other hand, the invitation is also to remind us of the importance of saying ‘I love you’ and ‘I love you’, not waiting for the person to leave or be in serious trouble to approach and say what you feel”. 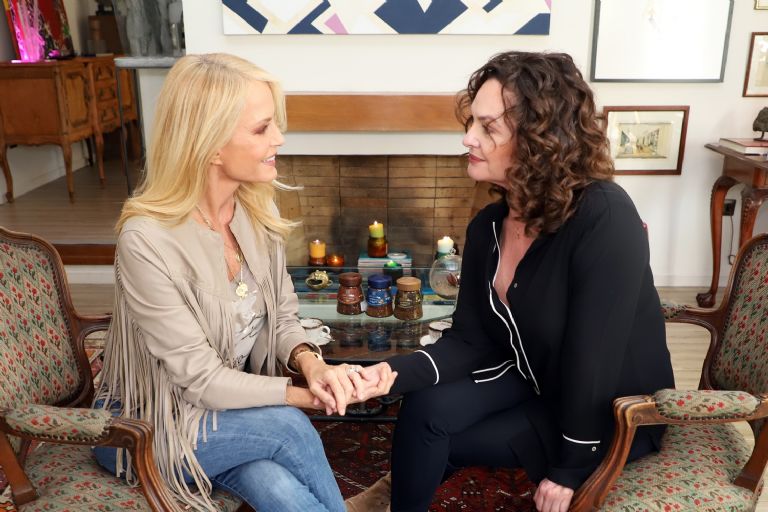 This is how in each edition of “All for you”Cecilia Bolocco will be impregnated with the experiences, thanks and beautiful ties of celebrities such as Mayte Rodríguez, Catalina Guerra, Benjamín Vicuña, Claudio Arredondo, Mark González, José Miguel Viñuela and Martín Cárcamoamong others, with their mothers.

“I felt very comfortable, very happy, very happy. The team is extraordinary and we have an incredible fiato, as if we had always worked together”confesses about the work he has done in recent months with the production company La Industria, led by Edward Headsin order to bring this space to life, which also marks its return to the screens of Canal 13.

“Channel 13 has always been my second home and represents a meeting place for me and with people I love, so I couldn’t be happier that my return to television is in this place and with this type of program, which is what today I want to transmit and share with the public”summarizes about the return to the station in which he has made his most successful TV spots in Chile.

“All for you, with Cecilia Bolocco”, great premiere this Sunday after “Tele13 central” on the screens of Channel 13.