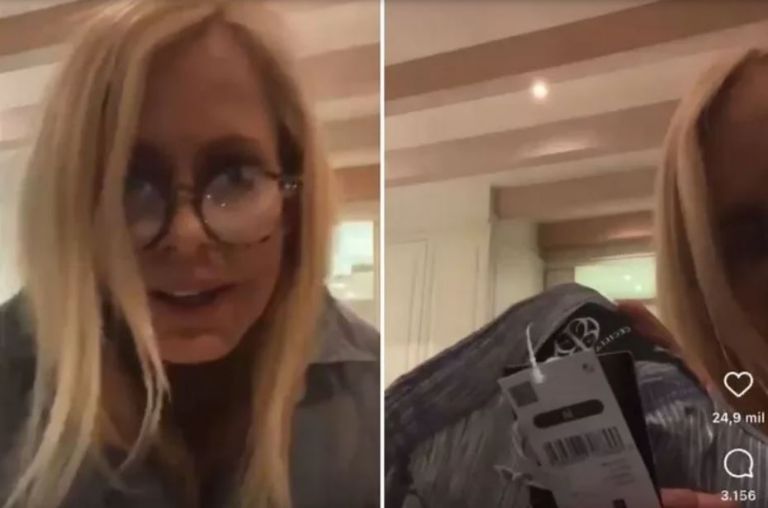 Cecilia Bolocco was in these days at the center of controversy. The former partner of former Argentine President Carlos Menem, and winner of Miss Universe Chile, left her way of thinking in a few unfortunate sayings. Cecilia was doing a live on Instagram to show her new collection of cosmetics and clothes, but the problem was when she had to comment on the sizes.

While Cecilia was measuring her clothes and saying that the size of the linen dress she was trying on was an “M” but big enough, someone commented to her “We need XXL clothes”. In response to the comment, Cecilia Bolocco, the teenager’s mother Maximo Bolocco, began by saying: “If you think you need more size, I think what you need is to eat less, right? I tell you with all my love”.

And I did not leave it there, but continued to make some recommendations: “Do intermittent fasting, something, because not so so big.” And the worst part came when Bolocco He began to talk about how to like a man based on physical measurements, getting into a very complicated terrain, where there is talk of imposition and feminine stereotypes.

He continued saying: “Entradita en carne is delicious, because even many men also like it, isn’t it true my loves, my precious men who are there?” He asked the men attached to the transmission. “Tell the girls that a lot of you like beefy women, so confess it. But extra extra large, so so so so big, suddenly it’s not healthy, so it’s not good, right? That’s why I’m telling them and because they’re going to have more success with the boys”.

After all the uproar caused by comments from Cecilia, and after what Maximum came out to defend her, she came out to ask for forgiveness. And he totally changed his speech; “I believe that beauty comes from the soul, it has nothing to do with your body. And if someone misunderstood and someone was offended by what I said, I really sincerely apologize because it wasn’t my intention.” In addition, during an event of the Care Foundation Cecilia She wanted to defend herself by saying: “I am proud of the Chilean woman, I invented the phrase ‘Beauty, 100% attitude'”.