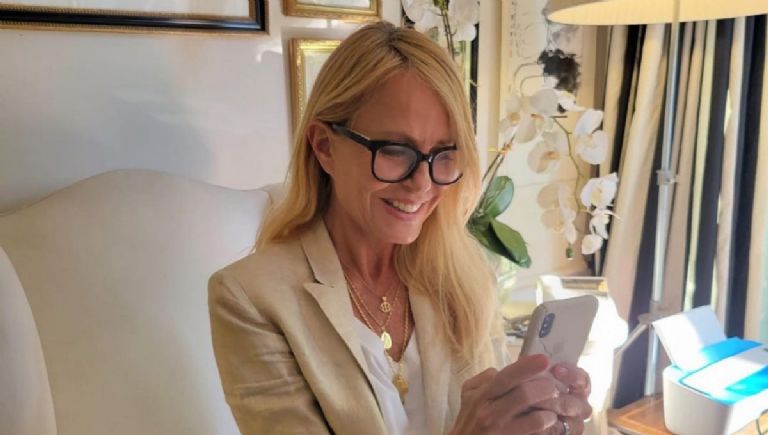 A few weeks ago Cecilia Boloco She was absent from her social networks because she was sick. “What a pity to have been so absent these last few weeks but I first fell into bed with Influenza and now I have Pneumonia!!!!” she commented her on February 10. On the 19th of the same month, she clarified: “I went to the doctor in the week and they found me very well !!! I am almost completely recovered!!!

However, it has not been easy for Cecilia recuperate. A few days ago, she returned to live broadcasts with her fans, where she shows them her beauty tips and recommends the clothes she wears. This Tuesday, she also took advantage of her Instagram account to talk about her health.

“I went to get needles because my spine was so sore yesterday, so, so, so much. They told me it was probably due to pneumonia because back here, when it hurts there, it seems to be from the lungs, so I said ‘oh, no, I have to do something’” revealed Bolocco about the sequels left by the disease.

Always showing a positive attitude towards life, the former miss Universe He told what treatment he chose to alleviate the pain: “I went to acupuncture… let’s see how I wake up.” And he left a thoughtful message for his followers: “When you have to walk in a better mood, it’s when you’re doing badly, because that means that you can deal with the problem in a better way, because when you start to die, you’re out of your mind.”

Despite his constant optimism, Cecilia confessed that it was not good at all and left some advice to his fans: “There are days when one… yes, you just want to cry. I once locked myself in the bathroom to cry a lot, a lot. And another time I went to the terrace to a corner and also, because one has to let off steam because you cannot stay with the anguish, the sorrow and the pain inside, you have to throw it away”.