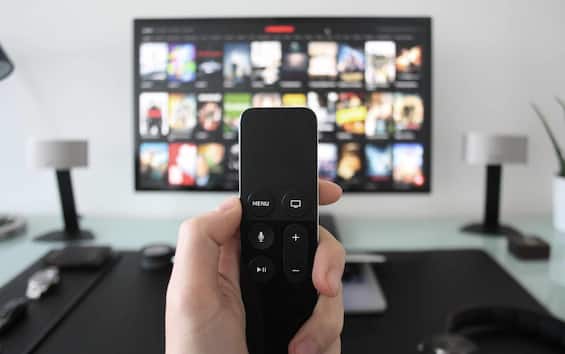 The majority of Italian families, or 87.2% of the total, have at home at least one device connected to the web in addition to television, traditional or smart. And almost 5 million families have embraced digital and have a complete kit made up of smart TVs, smartphones, computers and tablets. These are some of the data included in the fifth Auditel – Censis report, called “The digital transition of Italians – From the boom of screens connected to broadband, the country, thanks to television, is moving towards modernity”.

Among the specifications that emerged, the one according to which 2 million and 300,000 families remain, around 3 million individuals, almost all of them over 65, who are not “on the net”. Also excluded from modernity are 2 million families who only own a TV, but no smartphone.

According to the report, computers, smart TVs (Sky Glass, much more than a TV), smartphones and accessories represent the only expenditure items that have grown from 2008 to today, with an increase also during and after the pandemic. In fact, considering the total expenses and communication expenses incurred by Italian families at 100 in 2008, in 2021 the total expenses fell to 93.2, while those for audiovisual, photographic and information processing equipment rose to 230.7 . And those for telephones and telephone equipment are equal to 598.8.

Devices on the rise in 5 years

According to experts, therefore, the more money spent on telephony and communication equipment also corresponds to more screens in Italian homes: they were 111 million in 2017, today they are almost 120 million, with an average of 5 devices for each family. In this period of time, the type of screens chosen has also changed. There are more connected devices (93 million and 200 thousand, in 2017 they were less than 74 million), an increase of almost 20 million. Leading the way are the 48 million smartphones, up by over 6 million in 5 years. Then there are the televisions: about 43 million, a number that remains stable, with digital ever growing. In 2022, 16 million and 700 thousand devices are smart TVs or connected external devices, up by 210.9% compared to 2017. In absolute terms, this is over 11 million more connected devices in the last five years. Connected PCs, fixed or, especially, laptops are also on the rise. There are 20 million and 700 thousand, with a + 7.6% compared to 2017, and tablets, equal to 7 million and 700,000, with a + 4.4% since 2017.

Other data emerging from the report. There are 24.5 million Italians of all ages who follow programs and video content through platforms and websites. In 2017 they were less than 16 million and in the last five years they have increased by 54.9%. Then there are 6 million and 600,000 people who follow programming via the web, even or only from devices other than connected TV. For the other 18 million, the latter remains the only screen from which to enjoy content and video programs on the web. The share of Italians who connect to the internet to follow programs and video content reaches at least 40% for all age groups, with over 60% among millennials aged between 18 and 34 (67.8%) and adolescents of “generation Z”, between 11 and 18 years of age, who are 62.9%. The over 65s are an exception, of which only 14.1% follow programs in streaming.