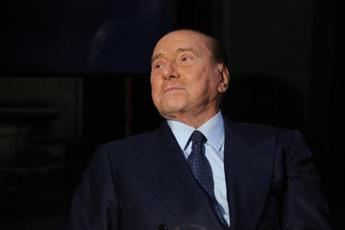 The Cav confirms Forza Italia’s support for Francesco Rocca’s candidacy for the Lazio region: “The right man for a breakthrough”

“The centre-right has returned to govern the country and leads most of the Italian regions. Ours is a united, credible coalition, made up of loyal relations between different political forces but capable of working together for almost thirty years. A coalition that one day it could be a single party, on the model of the American Republicans, without in any case losing its plural character which values ​​different histories, different cultures, different languages ​​capable of coming together in a common project”. Silvio Berlusconi writes it in a passage of the long post in support of the candidate for president of the Lazio Region for the center-right, Francesco Rocca,

And just as the press conference to present the candidate for governor is underway in Rome, Berlusconi writes: “After a life dedicated to serving others as president of the international Red Cross and as president of the Italian Red Cross, Francesco Rocca today offers himself to citizens of Lazio to put his experience at the service of your Region, a Region that needs a change of pace, and Francesco Rocca is the right man to give the turning point that we have been waiting for a long time in Rome and Lazio. Forza Italia will be at his side, in this electoral campaign and then in the five years of government of the Region. We will be in Lazio – as we are at a national level – an essential component of the centre-right. We are and will be the liberal, Christian, guarantor centre, which looks to Europe and the West, the center of the European People’s Party, the largest political family in Europe, which we proudly represent in Italy”.

“In Lazio we are called to an important task – continues the former prime minister -: it is a question of restarting a Region which is among the first in Italy and is known throughout the world, not only because it hosts the summit of the Catholic Church, but for its incomparable artistic heritage and for its advanced activity in scientific research. A Region like yours which has had to suffer for many years the immobilism of the left, and has paid dearly for it. Now it’s really up to us to give a breakthrough, as we have begun to do at a national level”.

“Dear Francesco, dear friends – continues Berlusconi – a new year has begun, which we all really want to be the year of change, the year of restart, for Italy and for Lazio. A restart based on people, on families, on businesses, on work. They are not rhetorical formulas, they are the cornerstones of our model of society. A model based on freedom, freedom from oppressive taxation, freedom from oppressive bureaucracy, freedom from unjust justice. And also the freedom for young people to build their own future and for the elderly to live in dignity”.

“It is a turning point that we will build together, in Italy and in Lazio. This is the wish I address to myself and to all of you, which I address to Francesco Rocca and to all the candidates who will be protagonists of our electoral campaign. Forza Italia will be there, with its women and with its men, with its ideas and with its values, to realize all together a great dream, a great future of growth, well-being and freedom. Forza Francesco, Forza Lazio and – of course – Forza Italia !”, concludes the former prime minister.