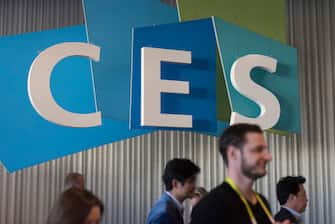 After the remote editions due to the Covid-19 pandemic, it is ready to return to the Las Vegas Convention Center on Consumer Electronic Show 2023

The event, one of the unmissable events for all insiders of the technology trade sector, will be held in Nevada from today, 5 January 2023, to Sunday 8

Petrol and diesel, prices on the rise: here are the apps to save money

Although this year’s event, considered a restart after the pandemic two-year period, did not expect a return to the glories of the past, they were announced by the Consumer Technology Association, organizer of the event, overall 100 thousand exhibitors

As usual the Las Vegas showcase will offer to the public the major innovations of all technological sectors that we have to expect in the more or less near future, from automotive to home automation, from digital gadgets to smartphone apps

Starting from “smart home“, the new version of will be officially presented Mattthe protocol of the Connectivity Standards Alliance which aims to definitively implement interoperability between all smart home devices, regardless of the manufacturer’s brand

The protocol is currently enabled for devices manufactured by the giants Apple, Amazon, Google and Samsungbut also for many other minor manufacturers, who will be able to cooperate freely for the purposes of users, as the idea of ​​smart home has imposed since its inception

There will also be an expansion in the number of devices made smart. Besides lights, locks and thermostatscompatibility will be extended to camerashousehold appliances of various types e detectors such as those of smoke or gas

Matter will ultimately improve the general system securitythrough blockchain technology for homes, storage of credentials in the home network and above all a better strategy for updates

Protagonists also i electric vehicleswhich will present substantial innovations especially under the aspect of design, both external and internal, allowing participants to get a taste of what we will see on the roads in a few years

Ces 2023 in Las Vegas, all the new arrivals at the high tech fair

The concept cars that will be presented in Las Vegas will deconstruct the classic car concept to which we have been accustomed for decades, especially as regards the construction of the interiors and the interactive apparatus

Great attention, as for some years now, also towards the environmental sustainabilitywith exhibitors who will present all the best news for an increasingly green manufacturing sector, from battery-free remote controls to new materials made through waste recycling

Among the more futuristic products that will see the light of day in the 2023 edition, there is also a wireless TV that uses air suction to remain glued to the wall, new arrivals in the sector of smartphone cameras and some applicationsespecially those related to self-tracking health

Particularly the mission announced by Samsung in the press conference, with the Korean company’s strategies focusing above all on sustainability (plants entirely from renewables by 2050) and on the calm and the peace of mind for the user who uses their own devices