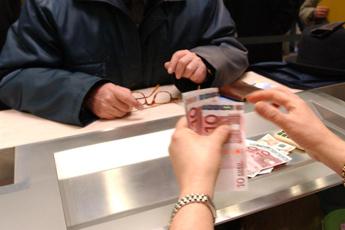 Although only 205,000 units, at national level the number of pensions paid to Italians (equal to 22 million and 759,000 checks) exceeded the audience made up of self-employed workers and employees employed in factories, offices and shops (22 million 554 thousand employees). This is indicated by the Cgia’s Research Office which specifies that the data refer to 1 January 2022. The most “unbalanced” situation, notes the Cgia, occurs in the South. If in the Centre-North – with the exceptions of Liguria, Umbria and Marche – active workers, even if only slightly, are more numerous than the pensions paid by INPS and other social security institutions, in the South the overtaking has already taken place: the latter , in fact, exceed the first one million and 244 thousand units.

In principle, however, the reasons for this gap between workers and the number of pensions must be sought in the strong drop in the birth rate which has been characterizing our country for at least 30 years. The demographic decline, in fact, has helped to reduce the population of working age and to increase the incidence of the over 65s on the overall population.

The CGIA reports that between 2014 and 2022 the Italian population in the most productive age group (25-44 years) decreased by over one million and 360 thousand units (-2.3 percent). As regards the “anomalous” result of the South, it should be noted that, compared to the other geographical divisions of Italy, the number of employed people is significantly lower. According to the Confederation, the result of this analysis is certainly undersized; in Italy there are just over one million and 700 thousand employed people who, after retiring, continue to work in full compliance on a voluntary basis.