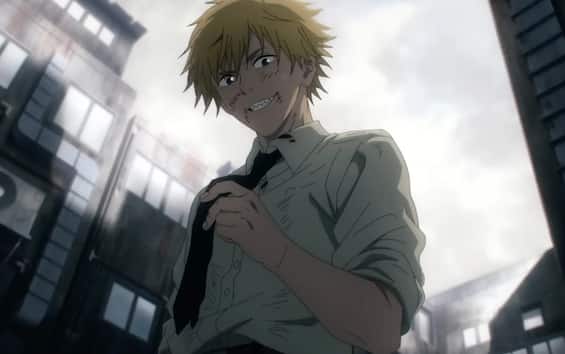 The new official trailer of Chainsaw Manthe anime series created by MAPPA Studio which will make its debut on 11 October.

This is a highly anticipated show by fans of the anime genre, who will already be very satisfied with this new movie, since some characters that had not yet been presented are shown.
In this new trailer we see Denji and Makima intent on continuing their missions as hunters of hellish creatures.

The director of this dark fantas series is Ryū Nakayama, while MAPPA (acronym for Maruyama Animation Produce Project Association) is the studio that realizes the show, a famous name in the panorama of animated series and films to which they are already owed many other excellent productions, for example The attack of the Giants And Jujutsu Kaisen 0. The latter was a real box office success at every latitude, becoming a cult title all over the world.

The production of Chainsaw Man it started several years ago. The first season of the series will consist of 12 episodes. Chainsaw Man is taken from the manga of the same name by Tatsuki Fujimoto, a work that has sold more than 15 million copies worldwide, registering a huge success.

You can watch the new official trailer of the series Chainsaw Man in the video you find at the top of this article.

Protagonist of Chiansaw Man is an orphan and homeless man named Denji. This young man will befriend the Chainsaw Devil and start hunting devils for the Yakuza’s pay. But to save his skin, one day he will make a pact with Pochita: from that moment on Denji will transform into a hybrid creature, made up of a human part and a diabolical part.
He will then meet Makima, an officer from the Public Security Devil Hunting Department. He will enlist him in an experimental section that uses some non-evil devils, employing them in the fight against demons. Denji is thus enlisted in the so-called Fourth Division of Public Security, a group in which the young man will meet other hunters of infernal creatures together with whom he will begin a carpet hunt to find the Devil Gun, one of the most terrifying creatures that exist in the world.
Denji’s team consists of hunters Power and Aki Hayakawa. The ultimate goal of the protagonist is, however, that of those who make the typical pact with the devil of the Goethian tradition: he wants to get money, fame and girls.

You can watch the new official trailer of the series Chainsaw Man in the video you find at the top of this article.