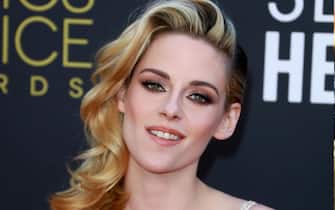 Streamed in Italy due to the postponement of the set release in the midst of the Covid epidemic, Charlie’s Angels, an action comedy written, directed by and starring Elizabeth Banks, has suffered the repercussions of a complex film season. Premiered in the United States in November 2019, the film has an all-female main cast among which Kristen Stewart stands out as Sabina Wilson, the most dynamic of the Townsend agency’s trio of women in action

Naomi Scott, returning at the time from the experience of Aladdin (2019) is Elena Houghlin, engineer and scientist, creator of a sustainable energy source to be protected from the bad guys. For this reason, the woman turns to Charles Townsend’s agency

Naomi Scott, the most beautiful photos of the actress

Newcomer Ella Balinska is a former MI-6 secret service agent, the most independent of the group of “Angels”

Charlie’s Angels are back at the cinema: the premiere in Los Angeles. PHOTO

Elizabeth Banks, who wrote and wrote the film, is Rebekah “Bosley”, the link between the “Angels” and Charlie

Elizabeth Banks: the most beautiful photos of the actress

Patrick Stewart, legendary British actor known internationally for Star Trekis John Bosley, an old-fashioned investigator who is forced to retire in this adventure

Djimon Hounsou, one of the most prolific actors in Hollywood, is Edgar “Bosley” Dessange in the film. The man is Elena’s first contact in Berlin

Charlie’s Angels: the first photos of the film

Kristen Stewart turns 32, the career of the actress told in a book

Langston, Elena’s assistant, is played by Noah Centineo, the star of the recent The Recruit

The Recruit, the cast of the Netflix TV series from Noah Centineo to Laura Haddock

Jaclyn Smith, the American actress, historical protagonist of the show Charlie’s Angels aired from 1976 to 1981, she reprises her role as Kelly Garrett

Banks’ 2019 film can be considered a reboot of Charlie’s Angels 2000 by McG, the three protagonists of the cult were Cameron Diaz, Lucy Liu and Drew Barrymore. In that film “Bosley” was Bill Murray

Characterized by explosive and spectacular sequences, the film required the presence of stunts except for Ella Balinska who created her scenes by herself