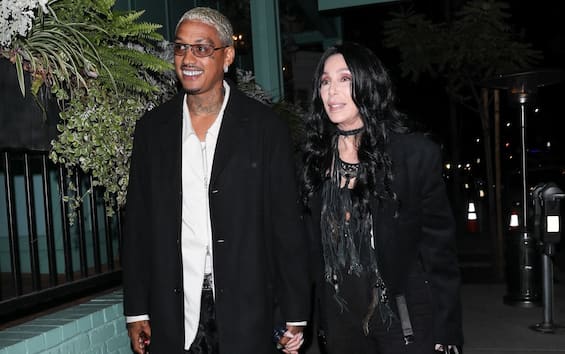 For this Christmas 2022 Cher received a special gift, an engagement ring from her boyfriend Alexander “AE” Edwards. The 76-year-old pop icon shared a photo of the diamond ring on Twitter that left her fans and social media audiences in awe. The photo is accompanied by the caption “There are no words” to underline her great surprise that she certainly enjoyed it, then adding later: “I wore it because her nails are very cool”.

Since last November Cher and Edwards have been spotted holding hands together across Los Angeles and earlier this week they appeared in black outfits outside hotspots in the City of Angels. Cher immediately confirmed her romance with the young rapper by tweeting: “Love knows no math,” reporting on a lesson she learned from the late Tibetan Buddhist teacher and bestselling author who died in 2019, Sogyal Rinpoche. “Rinpoche told me: ‘Some people meet, others recognize each other” added the singer of “Believe” who on her social media often shared some moments in the company of her Alexander.

Who is Alexander Edwards?

Alexander Edwards is an American rapper who dated Amber Rose for three years before becoming single again in August 2021 after she accused him of cheating with at least 12 different people. Born on September 21, 1987, he works as a producer for the Universal Music Group record label and has been the vice president of the artists division at Def Jam Records since 2018. he Friend of rapper Tyga.

Prior to Edwards Cher was posed with Sonny Bono from 1964 to 1975 and Gregg Allman from 1975 to 1979. In the 1980s she dated several men who were deceased younger than her including Val Kilmer, Tom Cruise and Rob Camilletti. “Older men didn’t like me that much,” Cher said. “See what I mean? I’ve had a couple of boyfriends almost my age, but for some reason they didn’t like me. Younger men don’t care if you’re funny, outrageous, do silly things, or have a strong personality. I won’t give up to my personality for anyone, ok?”.