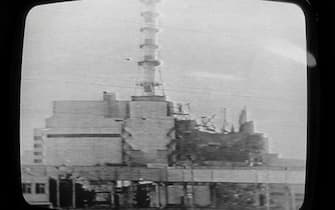 At 1:23 am on April 26, 1986, a violent explosion in reactor number 4 of the Chernobyl power plant sets off a fire that produces a huge radioactive cloud. The first images show the completely destroyed reactor

WATCH THE VIDEO: Chernobyl, April 26, 1986, the explosion at the power plant

First aid is provided, the entire surrounding area is evacuated and subjected to checks: the environment is highly contaminated by radiation

Chernobyl: what really happened the day the Earth shook

The radioactive material, carried away from the cloud, settles on the ground. Plants and vegetables are the first to pay for it. The crop analyzed, even hundreds of kilometers away from the fire, is contaminated

“Chernobyl to be registered as a UNESCO World Heritage Site”, the request of Ukraine

The emission of radioactive vapor ceased only on May 10, 1986. 336 thousand people were evacuated, many of whom will never return to their homes. But the industrial zone needs to be rebuilt

A mushroom grown in Chernobyl could allow life on Mars

Squads of workers work for weeks in the rubble to make the site safe. The often very high level of radiation makes operations very complex

The nuclear power plant cannot be closed: it alone provides 10% of Ukraine’s electricity, putting it out of business would compromise the supply in large areas of the country

The construction of the “sarcophagus” that will have to seal the core of reactor number 4 already begins in the first weeks, to contain the radiation

Chernobyl, record number of tourists: over 100 thousand after the Sky-HBO event series. PHOTO

The other three reactors of the plant remain in operation for years. The authorities assure us that everything is safe, but the population is protesting and two of these reactors will be closed

The last reactor to be shut down is number 3, on 15 December 2000, live on national television with Ukrainian President Leonid Kučma

However, in the years that followed, the families of the victims continued to protest: they asked for more assistance, adequate compensation and justice

The Chernobyl nuclear disaster, what happened on the night of April 26, 1986

Meanwhile, that of Chernobyl ceases to be a site for the production of nuclear energy. Reactor number 4 is buried under a massive concrete and steel structure

Ukraine, the Sky TG24 report from Chernobyl: from the nuclear power plant to Prypiat. PHOTO

Very high levels of radioactivity continue to be recorded near the reactor, to which it is dangerous to be exposed for too long

The town closest to the power station was Pripyat. In 1986 it had about 47 thousand inhabitants

Today it is a ghost town, where everything has remained motionless, frozen in the days of the sudden evacuation

The old sarcophagus was designed to last until 2016 and on 29 November 2016 the works on the new structure protecting the core were completed.

In 2018, the area started producing electricity again after the Ukrainian government inaugurated a solar power plant of 3,800 panels, right next to the old reactor number 4.

In 2019, the new protective shield for reactor 4 was inaugurated. The New Safe Confinement, a 36,000-ton steel structure, cost 1.5 billion euros. It will limit radioactive leaks for 100 years. Inside it has a crane to remove the old protective structure, the “sarcophagus”

Also in 2019, the TV series “Chernobyl”, by Sky and HBO, had an extraordinary success with audiences and critics. After the broadcast, tens of thousands of tourists were registered in the areas of the nuclear catastrophe, which has become one of the most visited destinations of “dark tourism”

The success of the TV series that tells the Chernobyl disaster

In 2022, with the Russian invasion of Ukraine, troops from Moscow conquered the Chernobyl area. It was feared for possible new accidents due to the power outage. After about a month, the Russians withdrew. Soldiers reportedly dug trenches in risk areas and passed through the forbidden zone of the Red Forest. According to some sources, they “touched nuclear waste with their bare hands” and allegedly stole radioactive substances from research laboratories