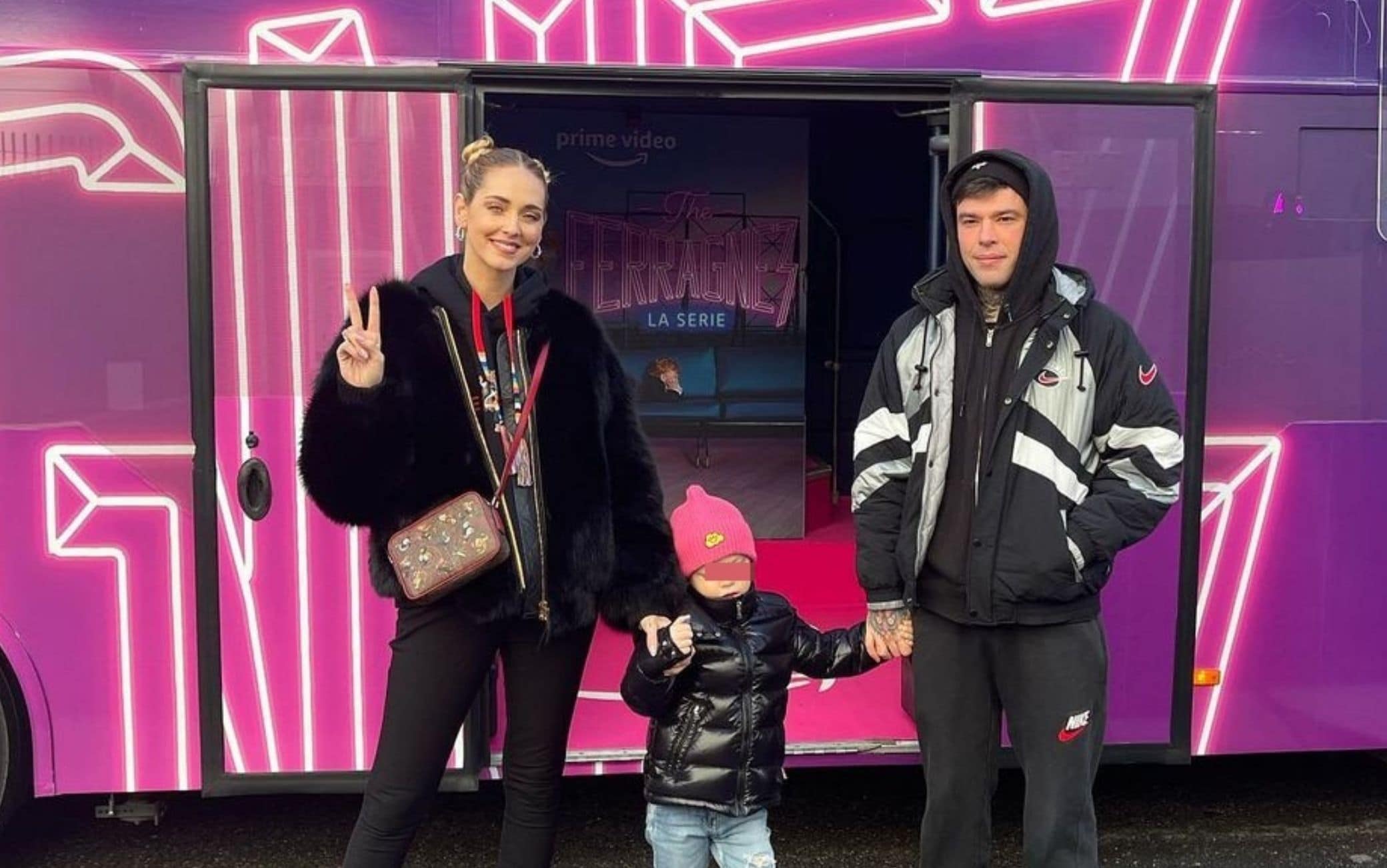 Chiara Ferragni And Fedez around Milan aboard a branded bus The Ferragnez (PHOTO). One way to advertise their series, available on Amazon Prime Video, and also visible on Sky Q and via the app on Now Smart Stick.

“You are ready? #TheFerragnez bus it will be around Milan today and tomorrow and will stop at Castello Sforzesco, Cadorna, Corso Magenta, Duomo and San Babila (in rotation) to show you around ”Chiara wrote on Instagram. Fans of the couple were then able to board the coach for a tour of the city, while looking at the episode previews of the show. Fedez and Chiara were not present, they simply inaugurated the race in the company of the little Lion. Inside the bus, however, everything is a The Ferragnez theme. On two floors, the bus is painted on the outside in pink and purple, with the huge inscription The Ferrragnez as the protagonist. As for the interior, there are stairs and floor covered with a pink carpet. On the first floor there are gods ergonomic fuchsia sofas, cushions and maxi screen on which the first episodes are projected. Upstairs is a velvet loveseat that you can sit on to watch previews of upcoming episodes. Inevitable Christmas tree, decorated with pink, fuchsia and white balls, illuminated LEDs and rigorously customized festoons.

The Ferragnez, available on Amazon Prime Video with the first five episodes, also visible on Sky Q and through the app on Now Smart Stick, it tells the life of Chiara Ferragni and Fedez and their family, including friends and collaborators. The period in question is that of Chiara’s second pregnancy, which also coincides with Fedez’s Sanremo experience. The two are also protagonists of one couples therapy, which allows them to analyze each other and fans to discover more of the two. Produced by Banijay Italia for Amazon Studios and consisting of eight episodes, The Ferragnez – The series is a non-fiction. The first five episodes are already available on the platform while the rest will be published on December 16. We will then witness the birth of Vittoria and the triumph, with second place, of Fedez in Sanremo. In the last episode, the rapper and entrepreneur decided to share with the psychologist also an event from his childhood that marked him very much: “I had a pedophile dentist. I was in elementary school. Do you know when you go to the dentist and he has to do the X-rays, usually they put a lead blanket over the children’s underwear? He used to put it under me ”he confided. “At a certain point it disappears. My parents were trying to make an appointment with the dentist and he wasn’t there. They watch a special on television and find out he was a pedophile. Shortly thereafter this person killed himself. I am aware that nothing else has happened. I have not suffered heavy violence “. Although he did not suffer physical violence, this fact marked the life of Fedez, who felt humiliated and out of control.