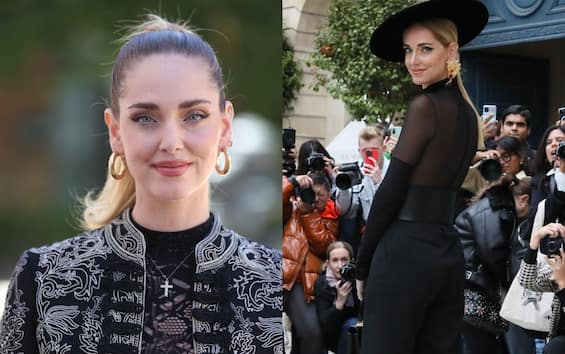 The predictions made a few days ago about the wardrobe for San Remo 2023 Of Clare Ferragni, co-host with Amadeus of the singing festival, proved to be right. The digital entrepreneur unveiled on Instagram, in a Story, that for the event will wear Dior and Schiaparelli creationstwo maisons to which she is closely linked.

Chiara Ferragni is super excited to reveal to her followers, over twenty-eight million on Instagram alone, that she will be wearing high fashion items for Sanremo packed for her by two designers he loves very much: Maria Grazia Chiuri and Daniel Roseberryrespectively at the head of the creative divisions of famous fashion houses such as Dior and Schiaparelli.
It is no surprise for those who follow Chiara Ferragni’s daily life, whether working or not, to know that the entrepreneur will wear clothes from the two Parisian fashion houses since in her repertoire of fabulous looks there are so many clothes from the two brands.

The long-standing passion for Dior and Schiaparelli

The relationship with the Italian designer Maria Grazia Chiuri is truly special. She was entrusted with the creation of thewedding dress for the entrepreneur’s wedding with Fedez in 2018 but also many looks worn on other special occasions are Dior, such as the premiere of the reality series The Ferragnezbroadcast on Amazon Prime Video and also visible on Sky Q and through the app on the Now Smart Stick, which marked the debut of the popular family in streaming TV.
Daniel Roseberry, the American designer who for several seasons has inherited the creativity of Elsa Schiaparelli, on the other hand, is the creator of many striking looks that have made Ferragni one of the most photographed at the Parisian fashion shows. The extravagant creations of the American are highly appreciated by the Cremona entrepreneur who has exhibited them on the street and on her social networks, arousing admiration and debate.
So what to expect from the two stylists for the stage of the Ariston Theater? Classicism and femininity, definitely, on the Dior side; inspiration, volumes and (perhaps) some transparency on the Schiaparelli front. Both fashion houses will probably also provide accessories, shoes and jewels, while on the beauty front Chiara Ferragni will not give up her trusted collaborators who have been dealing with make-up and hairstyles for years.