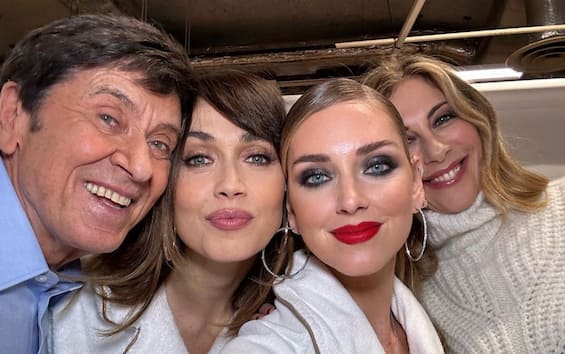 There are three weeks left until the Sanremo Festival and for Clare Ferragni it’s time to get serious. The entrepreneur has flown in Paris for twenty-four hours for try on clothes which he will wear on the Ariston stage, an away match of which he gave a preview on social media through photos and Stories. The thirty-five year old then joined her adventure companions, Amadeus, Gianni Morandi, Chiara Francini and Francesca Fagnani, for a photo shoot. For everyone, the countdown has already begun.

In Paris for Dior and Schiaparelli

Chiara Ferragni has decided to give a juicy preview to her followers in view of Sanremo and started right from the point everyone has been wondering about since she was announced as co-host: her wardrobe.

What will Chiara Ferragni wear? The model and businesswoman could not, of course, reveal the details but it is quite clear from the photos posted on her Instagram profile that in Paris did a stop at Diorat the beloved designer’s headquarters Maria Grazia Chiuriwho has already provided Ferragni’s clothes for the most important events of her life (not least, her marriage to Fedez) and who will certainly be at work with some custom creation for the Italian song festival.
If Chiuri’s creations are a staple in Ferragni’s wardrobe, the entrepreneur’s heart also beats for another Parisian brand: Schiaparelli.

In fact, Chiara Ferragni returned from Paris with an important souvenir, a couple of platform footwear with a very high sole, which fashion enthusiasts will no doubt recognize as bearing the unmistakable signature of Daniel Roseberrythe American stylist who has been in charge of Madame Schiaparelli’s Maison for several seasons.
The showy shoes appeared on the photo set where the entrepreneur joined the rest of the artistic cast of Sanremo 2023 with the exception of Paola Egonu. The reunion has been widely documented.

The photo shoot with Amadeus, Morandi and the others

If Chiara Ferragni and Chiara Francini have chosen to hide their looks for the photo shoot with some terry cloth robesthere is no doubt that the Sanremo Festival of the fashion entrepreneur and social media star will be full of glamour.

Schiaparelli shoes and the evening makeup with eyes marked by dark eyeshadow and glitter, the hairstyle with hair pulled back and maxi hoop earrings, they represent more than a clue as to what the thirty-five-year-old’s style will be for her Ligurian week: original, feminine and certainly effective.

It cannot be excluded that Chiara Ferragni will amaze the public with some eccentric choices but she herself promises that soon, again via social media, will tell more and in the Stories he says he will reveal the designers chosen for his participation in the event. All that remains is to wait and stay connected.