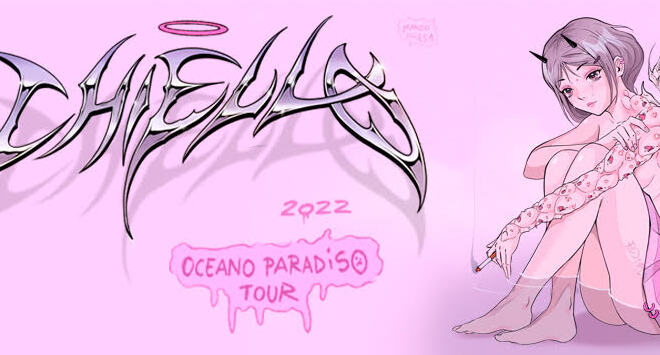 After the surprising results of the debut album Ocean Paradise (released on October 15th, it has already obtained two gold certifications for the first singles Salt water And How much I would like you), Chiello is preparing to conquer the stages of all Italy with his first solo tour in clubs. For the occasion, he will be accompanied by an exceptional band led by his trusted producer, Colombre, on the guitar. Besides him, Fausto Cigarini (Franco126, Reverie) on bass and violin; Francesco Bellani (Tutti Fenomeni, I Cani) on keyboards; Giulia Formica (Julie Ant) on drums.

Born in 1999, Chiello he achieved success thanks to his first group, the FSK Satellite, which he founded in his teens together with his longtime partners Taxi B and Sapobully. After getting immediately noticed by the underground trap scene with the FSK Trapshit album (platinum disc) with a lysergic and visionary imagination and an original and out of the ordinary style, with their second album Father Son and Spirit (which contained the prestigious collaborations di Sfera Ebbasta and the American stars Chief Keef and Tadoe), in 2020 they conquered the number 1 of the FIMI-GFK ranking. With his first solo exploits, Chiello confirmed his poetic, musical and unconventional vocation, collaborating with Mace and Colapesce (Ayahuasca), Mace and Irama (Boys in the fog) and Rkomi (Midnight gates).