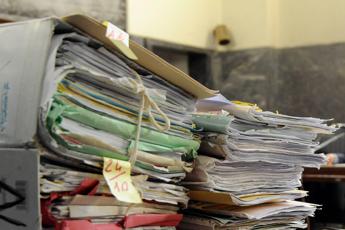 “The minor may give a decisive contribution, but at the moment his conditions do not allow it”

“The investigations carried out up to now (investigations by police officers, statements, interrogations, medico-legal consultancy and reports from the scientific police) regarding the production of the most serious injuries sustained by the minor and which caused his life to be in danger, do not appear to attribute these injuries to voluntary conduct of beatings or ill-treatment; which obviously does not exclude at root that voluntary harmful conduct may have taken place in an earlier period, an investigative topic that is being investigated on which it is not possible to formulate any anticipation at the moment”. This is what we read in a note by the Imperia prosecutor Alberto Lari regarding the case of the child rescued with “serious injuries” on 19 December in Ventimiglia.

The prosecutor premised that “in consideration of the significant media relevance that the affair has assumed, currently under the careful investigative scrutiny of this office” and in consideration of the “multiplicity of conjectural reconstructions, some devoid of any serious foundation” it is believed “although respect for the secrecy of the investigation, of having to indicate some elements currently acquired with reasonable reliability, in order to discourage decidedly misleading representations of the events. This also in order to stop the constant media diffusion of images of private places and of the people involved (even minors) , a situation which can concretely prejudice the authenticity of the acquisition of evidence”.

In the note, the public prosecutor adds that “a decisive contribution to ascertaining the facts, as is widely foreseeable, can be provided” by the minor himself, “whose health conditions, although clearly improved, do not currently allow him to be examined on the facts themselves with that degree of reliability, basically free from any kind of external conditioning, desirable”.

“It is therefore of the opinion that a responsible attenuation of the media interest in the matter, objectively to be resized compared to the emphasis initially given, thanks also to the extremely positive evolution of the minor’s physical conditions, can only benefit the peaceful conduct of the investigation in view of the verification of the truth”, concludes the prosecutor Lari.