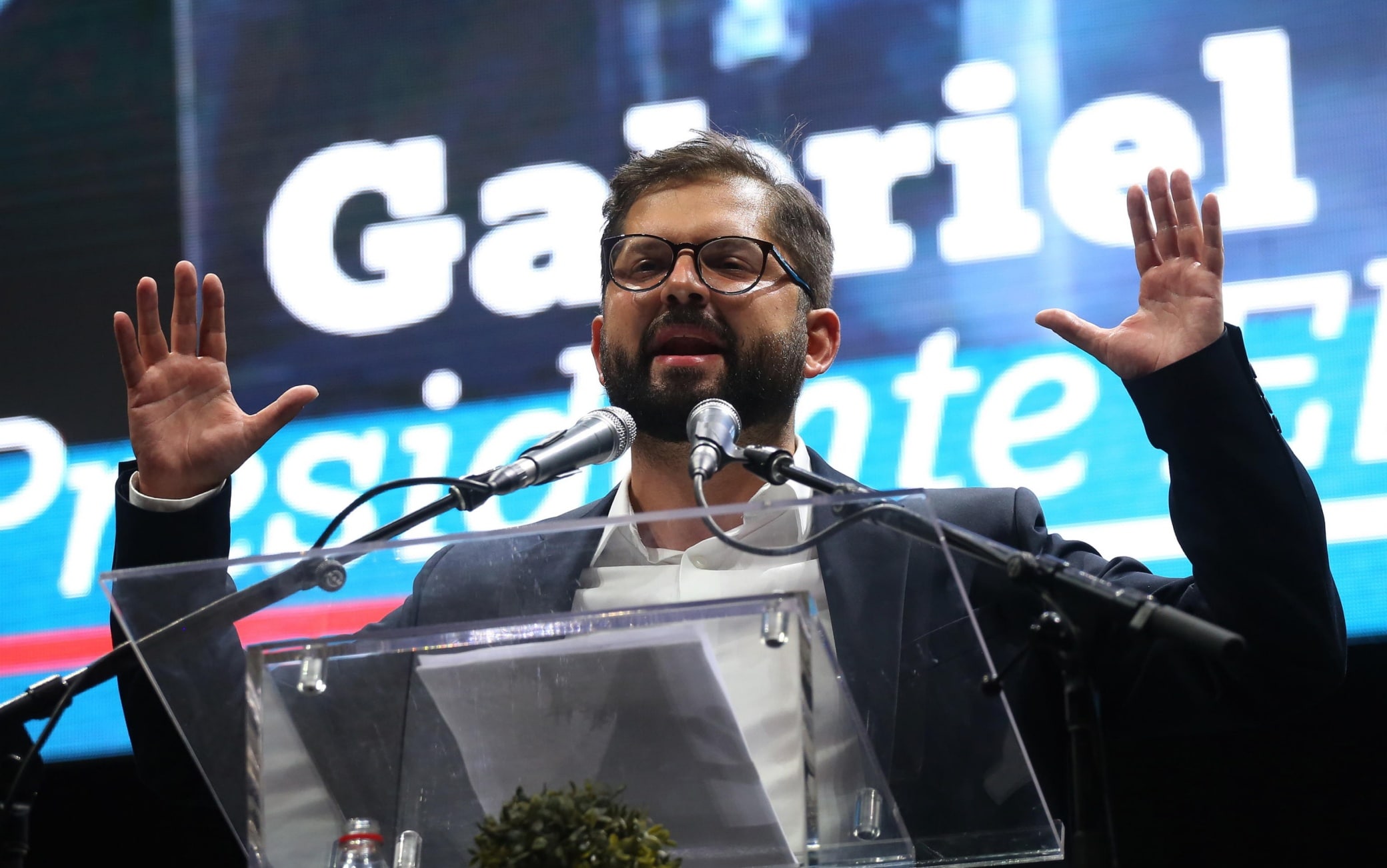 In Chile, left-wing leader Gabriel Boric, 35, won the presidential ballot by a large margin that pitted him against ultra-conservative José Antonio Kast. Boric got almost 56% of the vote while the right-wing rival stopped at 44%. This is an overwhelming advantage of over eleven points that no poll or analyst could have predicted. According to official data, the turnout was record for Chile: over 8.3 million votes, equivalent to almost 55%. Thousands of people gathered in the square to celebrate by dusting off the slogan born during the government of Salvador Allende, and which seemed only a nostalgic theme, of “El pueblo unido jamàs sera vencido”. The defeated Kast went to Santiago de Chile to the president-elect’s headquarters in the Fundador Hotel for a brief interview. When he arrived with some of his collaborators, Kast spent 15 minutes in conversation with Boric, without knowing the content of the conversation.

The change project proposed by the young leader of the Apruebo Dignidad coalition was therefore imposed, who on 11 March 2022, when he will be 36 years old, will be the youngest president in the history of Chile. From the results of the ballot it emerges that Boric easily prevailed in the metropolitan region, an area that had already awarded Apruebo Dignidad in the first round, in the region of Valparaíso and, surprisingly, also in Antofagasta, a region where the anti-political candidate Franco Parisi prevailed in the first round on 21 November. Although Kast repeated his first round win in Arica and Parinacota, Tarapacá, La Araucanía, couldn’t raise the votes to win at O’Higgins and Los Ríos. Faced with the size of the defeat that was looming, the leader of the Christian Social Frente was the first to call Boric, greeting him and emphatically declaring that “from today you are the elected president of Chile and deserve all our respect.” winning candidate received a phone call from the outgoing President of the Republic Sebastián Piñera who congratulated him and invited him today for a meeting in the Moneda building.

Boric: “I will fight for social justice and democracy”

In his first speech as president-elect of Chile, Boric addressed the many thousands of people who waited for him for hours in the capital saying that “a season of change has begun that must deepen the social justice and democracy of this country”. After saying a few words in Mapuche, the language of the native population of southern Chilean, Boric thanked “all those who went to vote, including those who did not vote for me”. The future of Chile, he then said, “needs everyone to be on the side of the people”, because “I am convinced that the reforms we will make to be successful will have to be the result of a broad consensus between the various political forces”. Difficult times await us, he continued, “due to the pandemic, and because the reasons for the social revolt that broke out in 2019 still persist. To resolve them – he assured – we will advance in small but decisive steps”. I come to the presidency, he continued, “with the conviction that economic growth in social inequality is a mistake”, that “destabilizing democratic institutions to govern is wrong” and “for this I am committed to protecting democracy together with the people”. Among other strong themes of his future government, Boric pointed out his determination to “put an end to the patriarchy in Chile” by enhancing the role of women who must have greater weight in society and in the government “. And also to” guarantee respect for human rights with some essential points: truth, justice, reparation and non-repetition. “The first commitment of the president-elect today will be a working lunch with outgoing colleague Sebastián Piñera to start the process of transition of power that will end with his inauguration at the Moneda on 11 March 2022.