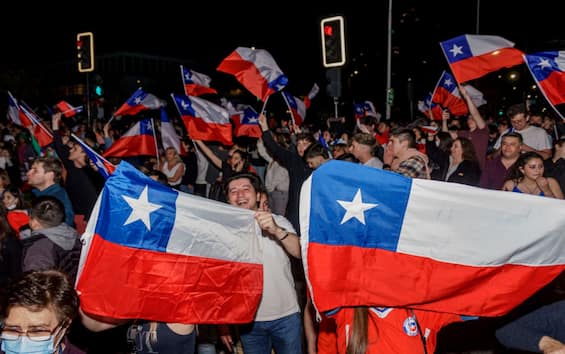 In Chile there was a sharp “no” to the draft Constitution, developed in a year of work by a constituent assembly made up of 155 members, and reported by sector experts as “the most advanced in the world”. This is the result of the referendum in which most of the 15 million eligible Chileans participated, since voting is compulsory. Confirmation of the rejection came from the national electoral service (Servel) which confirmed, on the basis of the vote count of 88.8% of the seats, the “no” (rechazo) for the draft of the new Constitution which collected 6,944,426 votes (62.00%), while the “yes” (apruebo) stopped at 4,256,165 (38.00%). A majority of the 100,000 Chileans who registered abroad for consultation voted in favor of the draft.

In the draft 388 articles

The text of the draft, consisting of 388 articles, declared Chile “a social and democratic state of law, pluri-national, intercultural, regional and ecological”, introduced new social rights and established that the country’s democracy was “equal and inclusive”. Gabriel Boric, Chilean president elected in December 2021, has summoned the leaders of political parties for the next few hours and has already made it known that he will proceed with a government reshuffle and then ask the Parliament to elect a new constituent assembly with the idea of ​​starting another constitutional process, starting from scratch. “We have to listen to the voice of the people”, he said, “not only today but in the intense years from which we come, anger is latent and we cannot ignore it.” “It is a defeat for the attempt to refound Chile”, commented the president of the ultra-conservative Udi party. The result of the referendum, however, was celebrated by the no committee as a “gesture of wisdom on the part of the Chileans” and, likewise, as “a resounding lesson for the more radical left wing and Communist” which supported the new Constitution.

The opinion of analysts

If he had won the “apruebo” option, the new Constitution would have entered into force within a couple of weeks, but to date the only certainty remains the fact that it is the text, conceived during the dictatorship of Augusto Pinochet in 1980 , and amended several times, to remain in force. In the opinion of many analysts, however, the will of the voters who three years ago said yes to a new Constitution cannot be overlooked. For this, experts say, it will most likely be necessary to reach a political agreement to define the modalities of a new constituent body.