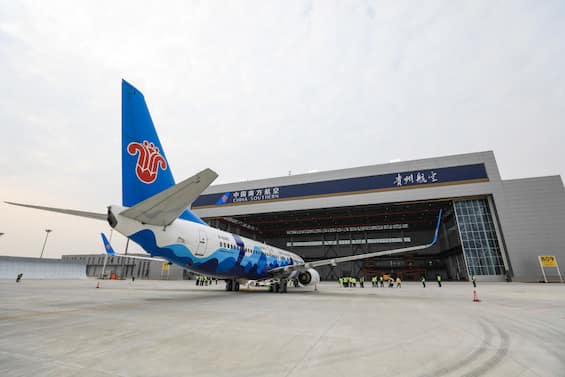 The Boeing 737 Max returns to the skies over China for the first time since March 2019. A commercial flight with the American giant’s innovative aircraft took place today after more than three years of hiatus, when the aircraft was grounded in the country following of the two crashes that claimed the lives of more than 300 people, according to flight tracking site FlightRadar24. The China Southern Airlines plane took off at noon from the city of Guangzhou bound for Zhengzhou, according to information provided by the site.

It was faulty software at the origin of the two plane crashes, which cost a total of 346 victims, which on March 14, 2019 led the US Federal Aviation Administration to impose the longest blockade in aviation history on the Boeing 737 Max 8 model. The first occurred on October 29, 2018, when Lion Air Flight 610 crashed into the Java Sea, taking 189 lives with it. The second involved, on March 10, 2019, another 737 Max 8, Ethiopian Airlines flight 302. After this latest tragedy, in which 157 people died, all specimens of the model were left on the ground. Both accidents, which occurred within minutes of take-off, were due to the malfunction of an automatic pilot program for which the pilots had not received adequate training.