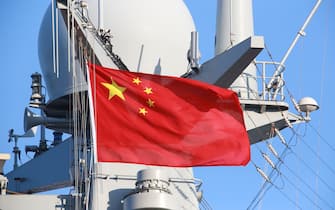 For the first time in 2022, China has started a cycle of maxi military maneuvers based on “realistic combat training” in waters of the Pacific western. Navy spokesman Gao Xiucheng made it known in a social media post in Mandarin on May 4. But what does this decision mean? And which ships are involved?

WATCH THE VIDEO: China to USA: Don’t use conflict to threaten us

Taiwan, China deploys air and naval patrols after the visit of US senators

As InsideOver writes, the Liaoning aircraft carrier (CV-16) is the first naval unit of this type to enter service in the Pla (People’s Liberation Army) Navy. Officially, for the Chinese Navy, she is classified as an “experience ship” intended as a vessel to experiment, train and become familiar with operations that require aircraft on board. However, the unit is effectively capable of being used in combat from 2016. In the photo, the ship in 2016

China and the Solomon Islands have signed a security pact

The training then involves seven other shipsas the Global Times writes, including five destroyers – including a Type 055, the most powerful in the fleet (in photo in an archive image) – who entered the western Pacific from the Miyako Strait, which divides the island of the same name from Okinawa

The operations, already started in recent days, had attracted the attention of the Japanese Ministry of Defense, even if defined “routine” by the spokesperson as part of the annual combat readiness plan and in “consistency with international law and relevant international practices”. The move “is not directed against any side,” assured Gao. In the photo, Liaoning in 2016

However, we must consider that the western Pacific has become a ground of friction between China, on the one hand, and the US and Australia, not only for the Taiwan issue. The area, in fact, according to the suspicions of the US and allies, would be in the expansionist aims of Beijing in the region (Pictured, Chinese Navy in 2019)

The exercises also fall tightly from the disputed security agreement signed by China with the Solomon Islands which irritated Washington and Canberra, above all for the lack of transparency and for the possibility that Beijing could have a permanent military presence in the small state, if not even a naval base. A hypothesis, this, that Beijing defined it as the fruit of “fake news”