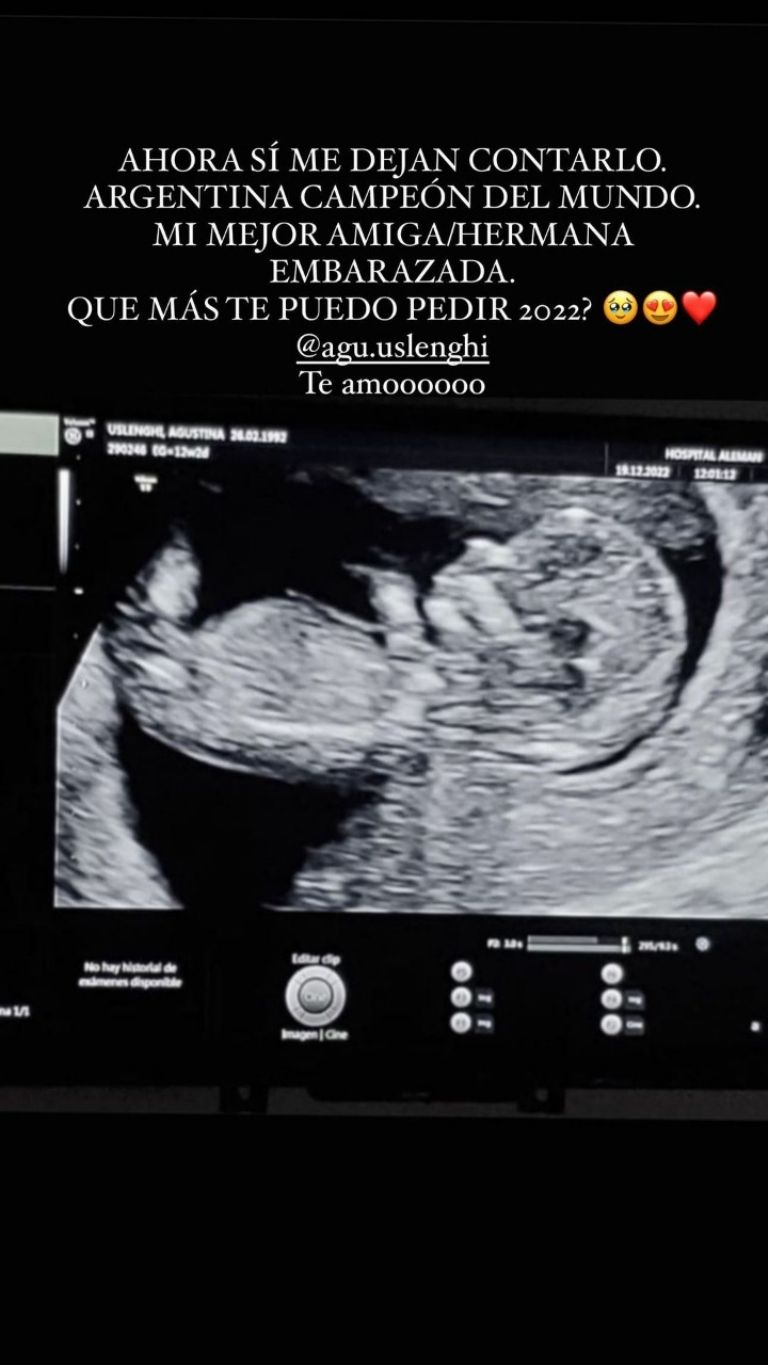 The china suarez is living a great end of the year. Very recently, professionally, she had the opportunity to travel to Qatar where she was filming her own and first special with Star +. There she had the opportunity to see the Argentine team play in the World Cup, and now the former artist of Benjamín Vicuña, has shared her happiness for the title of the albiceleste who became champion of the highest title in the world.

On the other hand, personally, the china suarez He is living one of his best moments in love. With her recent and intense courtship with the young musician Rusherking. Something that intrigues and keeps everyone on edge is the possibility that they decide to start a family together. Although it would be a bit rash, fans are not ruling it out. And they almost died with the latest story from China in instagram.

It is for this reason that when the china suarez yesterday shared a photo of an ultrasound of a pregnancy left everyone paralyzed. However, with the description of the image, everyone was able to calm down and contain their emotion.

The Argentine actress and singer was celebrating the pregnancy from one of her best friends, Agustina Uslenghi. In the photo she expressed: “Now if they let me tell it. Argentina World Champion and my best friend / pregnant sister, what more can I ask of 2022?”.

The china suarez he was happy about the news. As the mother of 3 children, Rufina, Magnolia and Amancio, she already has a lot of experience on how she becomes a mother, now she will have to accompany her friend on this wonderful path. The former Casi Ángeles in an interview with Miguel Granados, had denied her desire to be a mother in the coming years. She said that she had enough, but that she never rules out the possibility because of the great love she has for children.