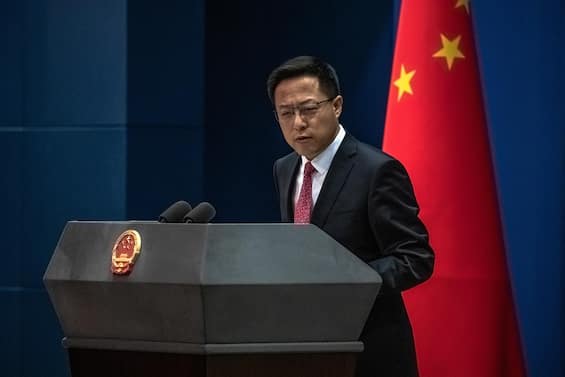 China assures that its armed forces will not “stand by” in the case of a visit to Taiwan by US House Speaker Nancy Pelosi. “We would like to warn the US again that China is waiting and that the People’s Liberation Army will not stand by,” said Foreign Ministry spokesman Zhao Lijian, assuring that “China will certainly take decisive and strong countermeasures in defense. of sovereignty and territorial integrity “(Why does China want Taiwan? The story and reasons behind the clash with the US)

The warning: “Biden live up to his promises”

The US should respect the One China principle, the three Sino-American communiques, and keep President Biden’s promise not to support Taiwan’s independence, Foreign Ministry spokesman Zhao Lijian said. The United States, he added, should “not allow the organization of Pelosi’s visit to Taiwan”.

USA: We are not intimidated by the rhetoric from China

The response from the US National Security Council spokesman John Kirby arrived during the day. He told CNN: “The Speaker’s trip is important and we support it”, he added. Then he specified: “Pelosi has not yet announced a visit and it is up to her to decide, but nothing has changed in our policy towards Taiwan:” We do not support its independence “.

The command of the Eastern Theater of the People’s Liberation Army, which covers operations on Taiwan, has issued a warning in a video of over 2 minutes on its WeChat account dedicated to large-scale maneuvers of the armed forces, the caption appears “Be ready and fight, bury every enemy that comes “. The move, drawing red lines, feeds fears about possible Chinese reactions, with the Communist leadership always obsessed with the risk of being able to lose face.

Media Taiwan: Pelosi has been waiting on the island since Tuesday evening

The President of the American House Nancy Pelosi is expected in Taipei tomorrow evening to meet with President Tsai Ing-wen the next day, Wednesday, August 3, according to the Taiwanese media, including Next TV. The presidential office of Taiwan and the ministry of Foreigners refused to comment on the hypothesis given that the visit of Pelosi and the congressional delegation is destined to provoke the anger of Beijing, which claims the island as an inalienable part of its territory. Pelosi, currently in Singapore, indicated between the stops of his Asian tour also Malaysia, South Korea and Japan.

The postponed trip for Covid

Pelosi had originally planned to visit Taiwan in April, but the trip was postponed after testing positive for Covid-19. Beijing threatened military countermeasures in case of Pelosi’s visit and last Thursday, during a video call, President Xi Jinping warned his US counterpart that China would safeguard its “territorial integrity”, urging not to question the “strong will” of 1.4 billion Chinese. “Those who play with fire will get burned,” Xi told Biden, according to the official Xinhua news agency.