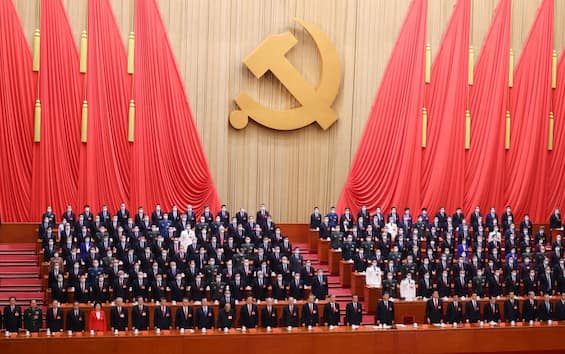 President Xi Jinping closed the proceedings of the 20th National Congress of the Communist Party of China (CCP) after the approval of an amendment to the party’s constitution. The notes of the Internazionale, played by the military band, preceded the official end of the works.

The approval of the amendment to the CCP’s fundamental charter – which can only be done by Congress, which is held every five years – took place at the closing ceremony, in the Great Hall of the People, on Tiananmen Square. As required by procedures, the Congess elected the Central Committee (the CCP’s broadest decision-making body when Congress is not in session) and the new Central Commission for Disciplinary Inspection, the body that investigates corrupt officials. . The new members of both bodies have been elected and the process of renewal of political leaders has been initiated, which will end with the first plenary session of the new Central Committee of the CCP, from which the appointment of the highest positions is expected. of the party, including the beginning of a third, unpublished, mandate at the top of the CCP for the general secretary, Xi Jinping.