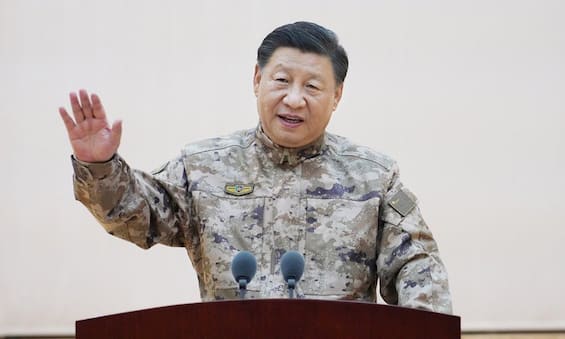 A visit to the Joint Operational Command, as president of the Central Military Commission, the command body of the Chinese Armed Forces, to send a strong message to its men and perhaps also to the whole world. Chinese President Xi Jinping, in military clothing, has returned to urge the Chinese People’s Liberation Army to focus “all its energies” on combat capability in warfare, while factors of instability and uncertainty in China’s security increase. .

The security of China

In camouflage and accompanied by the new military leaders – the vice presidents of Cmc, Zhao Youxia and He Weidong – Xi gave a speech during an inspection visit and addressing the military underlined that “the instability and uncertainty of the security situation of the China is on the rise and the task of military struggle is difficult. “

China warns US on Taiwan and trade, return to the “correct way”

While working for a possible summit between Chinese President, Xi Jinping, and US President, Joe Biden, on the sidelines of the G20 in Bali, Indonesia, next week, China asks the United States to avoid “misunderstandings and misjudgments. “and to put relationships back on the” correct path “of a” healthy and stable “development.

Biden: I will discuss US-China red lines with Xi