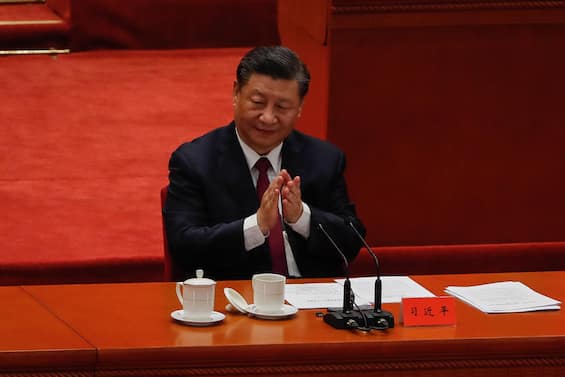 President of the People’s Republic of China Xi Jinping will leave his country this week for the first time in over two years for a trip to Central Asia where a meeting with Russian leader Vladimir Putin is also expected. Xi, according to official media, will go on a state visit to Kazakhstan on Wednesday and then meet the head of the Kremlin at the summit of the Shanghai Cooperation Organization (SCO), scheduled for 14-16 September in the ancient city of Samarkand. , on the Silk Road, in Uzbekistan.

The last trip made by Xi outside the borders of China was in January 2020, when he went to Myanmar in the first days of the Covid-19 pandemic: a few days after his return to China, the entire city of Wuhan was blocked to contain the new coronavirus. Since then, the Chinese president has relied on virtual diplomatic activity, receiving various foreign leaders during the Beijing Winter Olympics in February, including Putin himself with whom he launched the friendship and “limitless” partnership. Xi, attending the XXII summit of the Shanghai Cooperation Organization (Sco) in Samarkand, “will make state visits to Kazakhstan and Uzbekistan” at the invitation of presidents Kassym-Jomart Tokayev and Shavkat Mirziyoyev from Wednesday to Friday next, said a note from the Chinese Foreign Ministry. SCO includes China, Russia, India, Pakistan and four Central Asian countries – Kazakhstan, Kyrgyzstan, Uzbekistan and Tajikistan -, while Afghanistan and Iran are observer countries.

Moscow announced last week that Xi would meet with President Putin at the summit amid efforts to strengthen ties with Beijing in response to Western sanctions against Russia’s invasion of Ukraine on February 24. The face to face between the two presidents will take place when the situation on the battlefield does not appear at all favorable to Russia, creating serious dilemmas in Beijing. In addition to the disappointment of an action with disappointing results, the invasion of Ukraine has already created a strategic backlash on China with the US fears of its aggression in Taiwan and the increase in defense spending in the Indo-Pacific ( UKRAINE-RUSSIA WAR, REAL-TIME UPDATES).

Beijing faces the weakening of its “borderless” partner. Political instability in Moscow, then, could create problems within the bilateral “strategic partnership” in which Xi has invested so much. Xi is preparing for the XX Congress of the Communist Party which will open on October 16 and from which he should receive an unprecedented third term at the helm of the CCP.

Modi also in Samarkand for a summit

The Delhi government has announced that India will also participate in the Shanghai Cooperation Organization (SCO) regional summit. The Indian Foreign Ministry has made it known that bilateral dialogues will also take place on the margins of the official meeting, but has not specified among which leaders. In Samarkand, however, Modi will find himself face to face with Chinese President Xi Jinping for the first time since the start of the confrontation on the Line of Actual Control (LAC), which began on the Himalayan border in July 2020, (when 20 Indian and 4 Chinese soldiers lost their lives), and, again for the first time, will personally meet Russian President Vladimir Putin since the beginning of the invasion of Ukraine; the leaders all three attended the BRICS summit in June, which, however, was held in virtual mode.