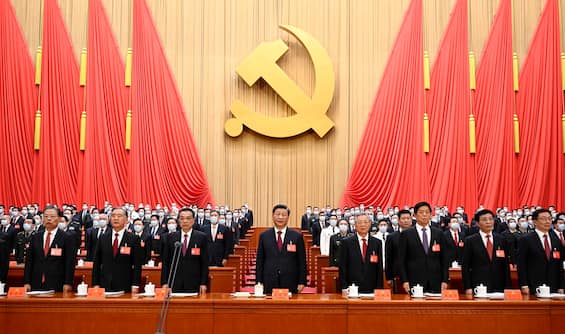 On Sky TG24 Business, the analysis of the speech of the president of the People’s Republic of China at the Communist Party congress. Paolo Iurcotta, Italy manager of KraneShares: “There is great emphasis on issues related to safety and technology”. Watch the video

Security, technology, “zero covid”. Xi Jinping’s speech, at the opening of the 20th National Congress of the Communist Party of China, was the triumph and celebration of the successes achieved in ten years of government.

Leading power of the world by 2050

While not directly referring to the slowdown in the economy, which even a superpower like China has been experiencing in the last period, the president of the People’s Republic of China did not hide, in front of the more than 2,000 delegates, the strong ambitions he has for the Village. “Xi Jinping has very big goals. By 2050, he even aims to make China a leading country in the world from an economic, scientific, technological and cultural point of view. The issue of safety is very important for him ”, he explains to Sky TG24 Business Paolo Iurcotta, Italy manager of KraneShares

The secretary of the Communist Party of China has repeatedly spoken of national security in his speech: a reference to the desire to defend China from those threats that could stop its growth and affirmation in the international arena. “You have to make sure the house is in good condition before the rain comes and prepare it to withstand the difficult tests of strong waves and winds, but also the danger of stormy seas,” the leader said in his speech.

Growth not only for exports

Central was the issue of Chinese economic development. “According to Xi Jinping, growth must not only occur through exports, which have driven China over the past decade, but also through the increase in domestic demand to advance the Asian country in terms of future prosperity,” he commented. Iurcotta.

China also aspires to achieve world leadership in technology and science over the next few years. “Technology is one of the resources considered fundamental for development, not only by China. Xi Jinping in his speech acknowledges that the current environment is much more difficult than that seen in the past five or ten years. He is concerned about being able to guarantee his country the best conditions for development. In this sense, we must expect further investments and developments in technology and science in the country, ”said Iurcotta.

In the October 17 episode of Sky TG24 Business (review it here), space will also be given to the problem of expensive energy and the repercussions on Italian companies with the in-depth analysis of Stefano Barrese, Head of Banca dei Territori Intesa Sanpaoloand the commentary on the markets with Filippo Di Naro, Anima investment manager.