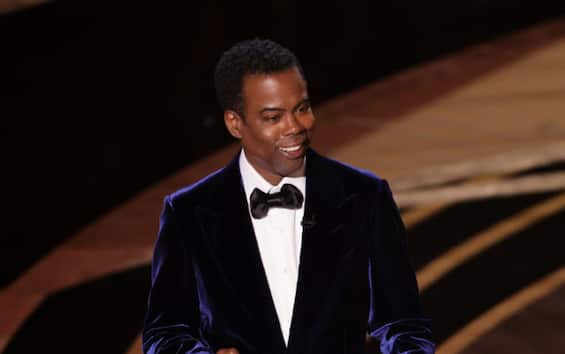 We had left him on the Oscars stage still uncertain after Will Smith’s punch, but Chris Rock it was not idle. According to the actor himself, as he reported in recent interviews, he immediately returned to work and this is confirmed by the announcement of MTV Entertainment. The animated series entitled Everybody Still Hates Chrisnew version of the comedy series with Chris Rock.

What do we know about the animated series with Chris Rock

To announce the arrival of the animated series Everybody Still Hates Chris it was MTV Entertainment itself with a release. The series will bring a new version of the comedy to the screens with the famous American comedian. The episodes will be available on Comedy Central and Paramount +: what we know is that this is an animated series, in which Chris Rock will be narratoras well as executive producer of the show. According to the first reports, the episodes will be inspired by the late eighties, years in which the comedian was a teen, skinny and nerd in a large working-class family in Bed-Stuy, Brooklyn. The animated reboot will work on the production team CBS Studios and 3 Arts Entertainment, former producers of the comedy Everybody Hates Chris, in partnership with MTV Entertainment Studios. To cover the role of showrunner will be Sanjay Shah, former showrunner of South Park, and will also be the author of the pilot episode of the series. The reboot regarding Chris Rock is just one of the novelties at MTV Entertainment Studios, which has expanded the adult animation portfolio, from Digman to the spin-off of the animated series Daria, passing through Beavis and Butt-head and South Park.

Will Smith’s apology to Chris Rock

Chris Rock’s new job comes just days after the apology video in which Will Smith it is aimed at the American comedian. In the clip, the actor claims that Chris Rock still doesn’t want to talk to him after being punched on the Oscars stage. In the video posted on his Instagram profile, the actor described himself as “deeply repentant”, but remarked that the apology was not accepted: “I tried to contact Chris, but he is not ready to talk to me. When he does, he’ll show up, “Smith said. For his part, the comedian was back to the facts recently in an interview with the magazine US Weekly, in which he declared that he did not feel like a victim: “I’m not a victim, of course it hurts. But I shrugged off that situation and went to work the next day. I don’t go to the hospital for a cut with a sheet of paper ”. What is certain is that he has not remained idle and brings with him a lot of news.