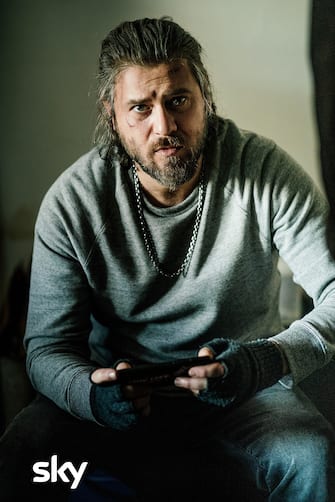 Christian finally receives the long-awaited promotion. Lino entrusts him with control of the Torrette area. In exchange, however, he asks him to kill Michela, daughter of the Greek, who has discovered to have a romantic relationship with his son Davide.

Christian talks about it with his mother, Italy. She explains to him that Lino is afraid of him, he is afraid of his power and of the trust that people have in him. Because Lino has always ruled with violence, while Christian gives hope

WATCH THE VIDEO: Christian, the reflection of Italy. The clip

Meanwhile, Matteo continues to investigate Christian. After going to visit the nun who ran the Ancilla Domini clinic, he sets out on the trail of Father Klaus. The cardinal, his confidant and source, reveals to him that he is a mad man, a murderer marginalized by the Church and by three popes

WATCH THE VIDEO: Christian, Matteo and Father Klaus. The clip

Meanwhile, after speaking with his father, Davide goes to Michela’s house. She follows him, convinced that it is a love escape, but things are not going the right way

Davide, in fact, takes Christian to Tomei, where the lifeless body of the girl is found. He says he tried to convince her to flee, but then killed her following her resistance and her father’s accusations of being dominated by her father.

WATCH THE VIDEO: Christian, go away Matteo. The clip

After this fact, Christian decides to come out and asks Rachel to summon all the people who have received help from him.

In front of them, in what appears to be a religious rite, Christian is preparing to perform yet another miracle

Christian, everything you need to know

Faced with a crowd of adoring people gathered in prayer, Christian gives back his life to Michela

Christian, the cast of the Sky Original TV series. PHOTO

Upon hearing of what happened, Lino suggests that everyone go to mass together. But during the ceremony, Italy takes the floor and harshly attacks the boss

WATCH THE VIDEO: Christian, Italy’s sermon to Lino. The clip

Matteo also participates in the mass, who has now definitively changed his mind about Christian. Following his research, in fact, he became convinced that his powers are authentic

For this reason, Matteo asks Christian to perform a miracle on his son, restoring his sight. Christian accepts and the child returns to see, completely healed of his retinitis pigmentosa

WATCH THE VIDEO: Christian, the miracle of healing. The clip

Meanwhile, Michela has returned to Davide, proposing that they run away together. Davide is reassured and happy with what appears to be a forgiveness, but things will turn out very differently from what he expects.

Rachele, on the other hand, goes to the pool in which she swam as a child at night. Here she, completely alone, she undresses and begins to swim. But all of a sudden she feels the air fail and is in a panic attack

Christian, discovering the characters of the series. VIDEO

Still shocked and wet, the girl goes to Christian, to whom she reveals her feelings. He thinks it’s good, but she replies that it doesn’t, that she doesn’t want to feel dependent on something or someone anymore.

Christian, authors and protagonist tell the origins of the series

Lino is now determined to react to Italy’s provocation. He goes to her house and kills her. He then waits for Christian and, after revealing to him that he killed her mother by making her body disappear, he shoots him in the chest

Christian, the funniest moments on the set. VIDEO

Christian wakes up in the middle of a field full of sheep, on the edge of which there is a house

Having entered the splendid villa, Christian finds himself in front of Biondo, the same figure who had saved Matteo’s life and who – even if he does not know it – brought him back to life as a child after he was killed by Father Klaus, entrusting him to the care of Italy

Christian, the photos of episodes 3 and 4

While preparing a carbonara, Biondo explains to Christian that he is not dead and tells him that he has to go back to do what he has to do.

WATCH THE VIDEO: Christian, a carbonara in the past

Christian comes back to life, awakening on Tomei’s work table. He goes out and goes to Lino, to whom he seems to be granting forgiveness. But while the two embrace and Lino is in tears, Christian gives in to his anger and breaks the boss’s neck, then throwing his body from the terrace.

Christian, the photos of the first two episodes