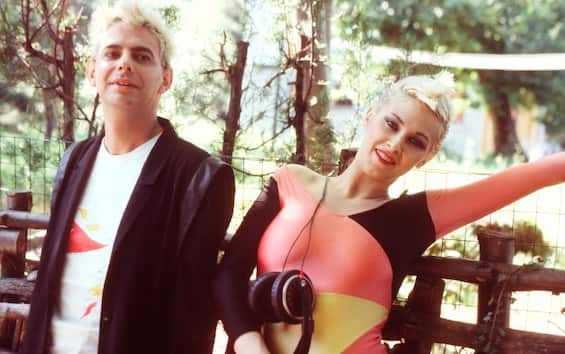 Farewell to Christina Moser, singer and composer of the electro-pop duo Krisma. Moser was 70 years old and had been battling a serious illness for a long time. The artist died in Lugano, where she had moved after the death of the other half of the duo, as well as her husband, Maurizio Arcieriwhich took place in 2015.

Christina Moser she came from a Swiss family, but was born and raised in Milan. She met Maurizio Arcieri when she was very young and he was already a well-known face of 60s pop music, singer of New Dada and later soloist. In 1976 they founded i Krisma, who were initially called Chrisma, from the union of the first letters of the names of the component artists, Christina and Maurizio. They became famous for electronic experiments and are still considered today among the pioneers of the Italian new wave. The duo will present their first single, Loveproduced by Niko Papathanassiou, at the Festivalbar in 1976. In 1977 they released the album Chinese Restaurant and in 1980 they officially changed their name. In the same year they published Cathode Mama, which represented the moment of the electropop turning point. Over the years they collaborated with important artists, such as Battiato, the Subsonica, Vangelis and Hans Zimmer. In total will publish ten albums in the studio, ranging from new wave to synth pop and more techno electronics. From the nineties the Krisma also began to frequent television and founded their own channel called Krisma TV. The last evenings together in public date back to 2006, and they have not performed since. The duo ceased musical activity with the death of Archerswho passed away in 2015 at the age of 72.

Krisma were often considered a punk duo due to their dark look, but the two singers have always been keen to explain that they had nothing to do with punk. At the Mirror of the Press, Moser told: “My husband was called a Nazi because he wore black. The self-employed threw Molotov cocktails at us during a concert, so Maurizio almost cut his finger on the stage with a razor blade, then put his bloody hand in the face of these guys who were under the stage ”.