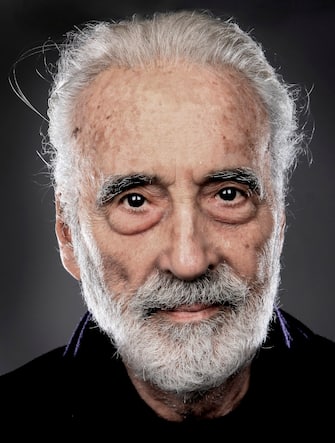 He was one of the most prolific actors, with over 250 films to his credit. In his long career he has given unforgettable interpretations, entered into the common imagination. He has lent his face above all to antagonistic characters, many of whom are now part of the history of cinema. Let’s talk about Christopher Lee. The British artist was born in London on May 27, 1922 and passed away on June 7, 2015. To celebrate the centenary of his birth, here are some of his most intense and famous roles

The mask of Frankenstein (1957). It is Christopher Lee’s first portrayal for the Hammer production company and helps launch him into the goth horror genre. In this film by Terence Fisher, in which his friend Peter Cushing also stars, he is the “Creature”: the monstrous experiment of Baron Victor Frankenstein who has come back to life, with a completely disfigured face. This is a remake of the Frankenstein by James Whale of 1931, both free adaptations from the novel by Mary Shelley

Danny Trejo and Christopher Lee, the actors who died most often in films

Dracula the vampire (1958). It is one of the most celebrated roles in Christopher Lee’s career, even if the actor didn’t particularly love it. Following this Terence Fisher film, Lee will play the enigmatic and charming count eleven more times (7 are Hammer Films productions). The film is inspired by Bram Stoker’s 1897 novel and tells of Professor Van Helsing’s investigations and the battle against the vampire prince

Christopher Lee: between Dracula, 007, Star Wars and The Lord of the Rings

The fury of the Baskervilles (1959). Another Hammer film, again with Fisher directing and Cushing in the cast (as Sherlock Holmes). But this time Lee doesn’t play a villain or a monster. He is Sir Henry Baskerville, the eldest son who, like all the other eldest children in his family, risks being killed by a dog. The famous investigator arrives to solve the case. The film is taken from The Hound of the Baskervilles by Arthur Conan Doyle

The Mummy (1959). Christopher Lee returns to play the role of a monstrous and scary character, also directed by Terence Fisher. In this horror set in late 19th century Egypt, he plays a mummy who, after being awakened by chance by some archaeologists, seeks revenge

Robert Zemeckis, from “Back to the Future” to “Forrest Gump”: all his films. PHOTO

The Wicker Man (1973). This film, directed by Robin Hardy and based on the novel Ritual from 1967, is considered a cult of the British horror / gothic genre. Christopher Lee is Lord Summerisle, head of a small community living on an island off the Scottish coast. When a person goes missing and a detective is sent to investigate, he discovers that the bizarre inhabitants practice a strange form of paganism.

Agent 007 – The man with the golden gun (1974). Christopher Lee also took part in the adventures of 007 (fun fact: Lee was cousin by law of writer Ian Fleming). In this film directed by Guy Hamilton, in which Roger Moore is in the role of James Bond, he plays the ruthless killer Francisco Scaramanga: known as “the man with the golden gun”, because he kills his victims with bullets of ‘gold, is tasked with killing the secret agent. Christopher Lee’s performance is considered to be one of the best of all 007 antagonists

Gremlins 2 – The new bloodline (1990). Christopher Lee also appears in this film, a sequel to Joe Dante’s 1984 film. He plays Dr. Cushing Catheter, who takes possession of Gizmo and studies him in his research laboratory in New York. Billy manages to make him escape, but Gizmo gets wet and gives birth to new mogwai, who soon manage to transform into gremlins

Jinnah (1998). This film, directed by Jamil Dehlavi, was never released in Italy. But in a 2002 interview Christopher Lee called it “by far the best thing he’s ever done.” It tells of Mohammad Ali Jinnah, considered the founding father of Pakistan. His biography is told through flashbacks

The Lord of the Rings – The Fellowship of the Ring (2001). Christopher Lee also participates in the saga directed by Peter Jackson, giving another masterful interpretation of an antagonist. Friend of JRR Tolkien, he plays Saruman the White in both the trilogy of Lord of the Rings both in the movies de The Hobbit (last released in 2014): he is the evil sorcerer, old friend of Gandalf, who sides with Sauron to conquer Middle-earth

Star Wars: Episode II – Attack of the Clones (2002). Lee also participates in the new trilogy of Star Wars conceived by George Lucas. He still plays a villain: Count Dooku, one of the best Jedi ever who abandoned order and went to the dark side (pictured, a scene from the 2005 film Star Wars: Episode III – Revenge of the Sith)

The Chocolate Factory (2005). Christopher Lee also took part in several Tim Burton films. In this film, for example, he plays Wilbur Wonka, the father of Willy (Johnny Depp): the man, an overprotective dentist, does not want his son to eat sweets and conflicts arise between the two. But Lee also participated in The Sleepy Hollow Mystery of 1999, The Corpse Bride of 2005, Alice in Wonderland of 2010, Dark Shadows of 2012