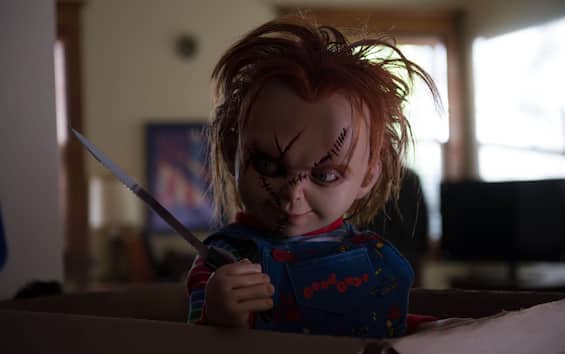 The television series chucky has been renewed for a third season, so the famed killer doll will keep killing some more.

It has just been announced that a new act of the show will be arriving based on the horror classic, the hit film franchise that follows the murderous adventures of the infamously titled killer doll.
The announcement was made on Twitter through a short video in which some tweets from fans who were clamoring for a new season of Chucky were shown. From the series: ask the network and it will be given to you. You can watch the aforementioned tweet at the bottom of this article.

The third chapter of the TV series returns to the United States both on USA Network and on Syfy, while for now there is no news relating to any channels, television networks or streaming platforms on which the series will land in Italy.

The second season premiered in the US market in October 2022 and ran until the end of November. NBCU said the show ranked among the top ten dramas last year, highly rated by the 18-49 age group.

The show narrates the murderous adventures of the infamous killer doll. Chucky meets many enemies, old allies and new prey, all without ever leaving the trail of blood, fear and chaos with which she loves to wreak havoc and terror everywhere.

Below you will find spoilers, so if you have not yet seen the first and second seasons of chuckyjump on foot, going directly to the next paragraph.

***SPOILERS*** In the first season, Chucky will try to implement the diabolical plan to invade American children’s hospitals, a project that fortunately will be thwarted. In season two, then, the killer doll wants to take revenge on those she believes are responsible for the failure of her diabolical plan from season one: the surviving teenagers Jake (Zackary Arthur), Devon (Björgvin Arnarson) and Lexy (Alyvia Alyn Lind), along with Tiffany, now his sworn enemy.

The television series dedicated to the demonic doll Chucky is produced by UCP and by Don Mancini, Nick Antosca, Alex Hedlund, David Kirschner and Jeff Renfroe.

“The cast and crew of chucky would like to thank both fans and critics for their overwhelming response to season two, which we are pleased to announce has now spurred the official green light to season three,” said creator and producer, Don Mancini. “This news made Chucky very happy. Thank Damballa for that because otherwise chucky it would have been frankly impossible to deal with. Many thanks also to our partners at SYFY, USA and UCP for helping us keep Chucky busy. See you in 2023 for what Chucky herself promises will be her scariest season ever,” Don Mancini guarantees.

The creator and producer of the series, Don Mancini, recently also spoke of the interest in a crossover between Chucky and Freddy Krueger.
“You’ve probably heard that I’ve always wanted a meeting between Freddy and Chucky, I think it would be really fun. But right now, we’re doing very well at Universal across different mediums. There are several Universal monsters that would be at our disposal. We are talking about it. I am focused in this direction. I don’t want to talk about it much, but you will soon have updates”, these were Don Mancini’s words.

In the new season of chucky Brad Dourif returns, the voice interpreter of the Chucky doll, together with Jennifer Tilly and Fiona Dourif. Zackary Arthur (in the role of Jack Wheeler), Björgvin Arnarson (in the role of Devon Evans), Alyvia Alyn Lind (in the role of Lexy Cross), Alex Vincent (in the role of Andy Barclay), Christine Elise ( who plays Kyle) and Barbara Alyn Woods (as Mayor Michelle Cross).

Below we show you the tweet with which the announcement video was shared, to the delight of the fans.