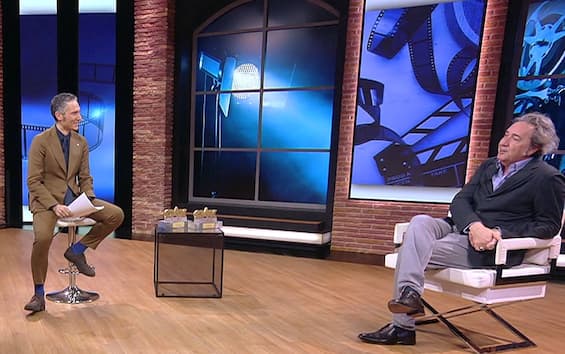 There may have also been a drop in cinemagoers in recent months which particularly concerned Italian titles, but our country’s audience loves cinema more than ever, not only international cinema but also the films of our directors, actors and producers . Confirmation, sensationalcame from the results of the Audience Golden Ciak 2022proposed by the magazine in December: the votes collected in the ten days of voting on the site Clapperboard, ciakmagazine.itto elect the protagonists of the last film season, have been over 233 thousand! An avalanche of participation, unexpected in this size, which shattered last year’s record (83 thousand valid votes), although that figure was almost 300 percent higher than that of the 2020 (30 thousand valid votes). A sign that people follow and love Italian cinema, and know how to be passionate about choosing the best of the season.

Best Movie he was elected The DeFilippo brotherssigned by Sergio Rubini and produced by Pepito, which had already achieved success in theaters at the end of 2021 after the preview at the Rome Film Fest. The best direction was the prerogative of Paolo Sorrentino for his It was the hand of God, nominated at the last Oscar among films not in the English language. And to the Neapolitan director, who ten years ago, just in these days, was putting the finishing touches on The great beautylater an Oscar winner, also went to acclaim Golden SuperCiak like Character of the decade of our cinemafor having been the protagonist of a decade marked by his direction, from Youth to The Young Pope and The New Pope, which have forever changed the concept of author seriality on an international level. The Golden Superciak 2022 went to another key figure of cinema who has its roots in the Neapolitan fabric, Mario Martonewhich after the success of the public, critics and prestigious awards of Here I laugh (among others, even four Golden Clapperboard), punctuated 2022 with the success of the Bohemian cinematically and brought Nostalgiahis latest (beautiful) film, in competition at Cannes and up to the selection for the 2023 Oscars, as well as at the top of the box office, before changing his tune again and trying his hand at remembering Massimo Troisiin a job, Someone down there loves mewhich we will see in theaters by February.

Linked to the commitment of Clapperboard to tell each month all the colors of cinema also the other prizes awarded by the public: Stephen Accorsi won the one for the Best Actor thanks to the (amazing) interpretation of the neurotic young man who turns out to be a chef in the social comedy Marilyn has black eyesOf Simone Godano (preview at the BiFest in Bari), while she was elected Best Actress Susie Del Giudicelauded Luisa DeFilippo in Rubini’s film. To Elodiesmusic star but rookie protagonist in I eat your heart Of Pippo Mezzapesawent the Golden Clapperboard like Film revelation of the yearand another pop star, Fabrizio Morowon with the song It is youwritten for Icethe Golden Clapperboard for the Original song in a movie. AND Moropaired with Alessio De Leonardis, he was awarded just for Ice also the prize for the Best directorial debutwhich this year assumes an even greater importance thanks to the choice of MasterCard to flank Clapperboard in the enhancement of the emerging talents of our cinemaa collaboration that started with i Golden Clapperboard 2022.

Lastly, the challenge for the match was particularly uncertain up to the last minute Best poster of the year, much loved by the public. She ticked the poster of A femaleOf Francesco Costabile.