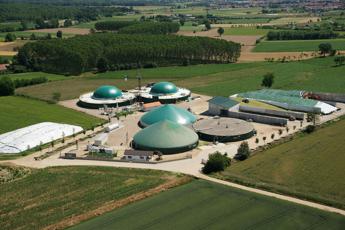 “Great disappointment” of the Cib-Italian Biogas Consortium and the Monviso Agroenergia Consortium (Cma) following “the government decision to maintain its position on the measures proposed in the Fer2 decreea measure awaited for five years by the sector “.


“The text that the government and the regions are discussing renders further development of electricity production from biogas is impossible and puts the continuation of the activities of existing plants at risk“, explain the Italian Biogas Consortium and the Monviso Agroenergy Consortium, hoping” that the Conference of Regions will give a negative opinion on the proposed text and that in the absence of substantial changes the government will postpone the decision to the new executive “.

“We regret that the dialogue and proposal work carried out on the Fer2 decree, shared also by various Regions, is not producing the desired and useful effects for our sector. In a moment of strong push towards the development of new renewable capacity to be included in the national mix and the supply crisis, we expected a change of pace that would promote the contribution of agriculture in resolving the energy crisis. As we have already expressed in several offices and in our previous press releases, this provision must necessarily contain: on the one hand, measures to encourage the creation of new plants perfectly integrated into the territory, starting a transition path in line with European objectives; on the other, measures to safeguard existing biogas initiatives that cannot convert their production to biomethane ”, declared the president of the Cib, Piero Gattoni.

“Without the removal of constraints such as, for example, those relating to the distance from the methane transport network and the mix of biomass that can be used, the objectives set by this decree will inevitably be disregarded. We ask the Regions to express a negative opinion on the text, which should be revised in the light of the changed international economic scenario ”, concludes Gattoni.

“It is not acceptable – declares Sebastiano Villosio, president of the Cma – that in a historical moment like the one we are going through, there is no willingness to eliminate constraints that will prevent the production of renewable energy in the agricultural sector, just when agro-energy could help overcome the current crisis. The risk that the decree as set up will not produce any effect is very concrete and the reasons for such closure are not frankly understood. For this we appeal to the common sense and pragmatism of the Regions that will be called to express an opinion on the provision, hoping to be able to reopen the space for corrections that we consider indispensable. In just a few years, our sector has contributed to the energy system with more than 1 GW of installed electrical power and 200 million cubic meters of biomethane injected per year and constitutes an asset that we cannot afford to abandon “.