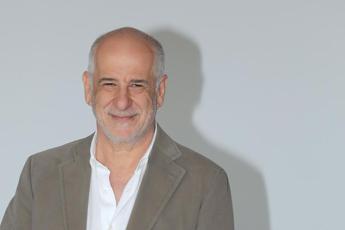 The winners of the 36th edition of the Ciak d’oro have been announced, the only popular prize for Italian cinema voted directly by the public as a sign of restart and return to the theater. 82,634 votes arrived on the Ciak website, ciakmagazine.it, which has confirmed its growth trend in recent months as well. We voted in the categories: Best Film, Best Director, Best Actor and Best Actress, Best Film of the Season directed by a newcomer, Protagonist of the year in a TV series, Best poster.

Toni Servillo goes to the Golden SuperCiak awarded by the editorial staff of the monthly Ciak as the best protagonist of the cinema season marked by the return to theaters. The films in competition are those released in the period from 1 September 2020 to 30 September 2021. Best Film, in the opinion of the public, is ‘Qui rido io’ by Mario Martone which sees Servillo as the protagonist. The Golden Ciak for Best Director goes to Alessandro Gassmann for ‘Il Silenzio Grande’, which also earned Massimiliano Gallo the Golden Ciak for Best Actor.

Best Actress is Serena Rossi for ‘Sadness has the Light Sleep’ by Marco Mario De Notaris while the award for Best Film directed by a newcomer goes to Alessandro Grande for ‘Regina’. The star of the year in a TV series is Ludovica Martino for the role of Eva in the acclaimed Italian adaptation of ‘Skam’ by Netflix. Finally, the Best Poster is that of ‘Tutti per 1 – 1 per tutti’ by Giovanni Veronesi.

“The Ciak d’oro – declared the director of Ciak, Flavio Natalia – are confirmed as an award with a unique strength in the panorama of cinema. The explosion in the number of votes received, equal to almost three times those collected last year, when there were 30,000, it demonstrates both the vitality of the formula and the very strong desire for cinema of the Italian public “. Also this year Sky Tg24 is media partner of Ciak d’oro. The special with the winners voted directly by the public will be broadcast tomorrow, Saturday 20 November at 9pm.

The next appointment with the Ciak d’oro will be in January with the prizes dedicated to the best supporting performers and the prizes in the so-called ‘technical’ categories, which will be awarded by a jury of 150 entertainment journalists and film critics. To these will be added, as usual, the Golden Ciak assigned by the Ciak editorial staff, dedicated to the Lightning bolt in cinema and TV series, to the male and female Revelation of the year, to the Revelation of the year in the TV series. The main partner of the Ciak d’oro is the Mercatorum telematic University, of the Pegaso group, the first all-Italian Startup University, characterized by different academic paths, in the name of innovation.