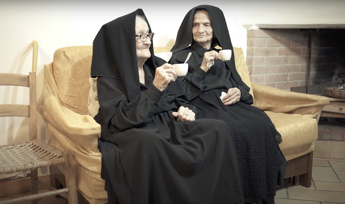 Ogliastra is one of the five ‘Blue zones’ in the world. The director Pietro Mereu traveled between the towns of Arzana, Baunei, Talana, Urzulei and Villagrande Strisaili, in Ogliastra, one of the most isolated areas of Sardinia, to get to know the people over a hundred years old who live there and document all the testimonies. The centenarians of Ogliastra, one of the highest percentages in the world, live their existence in a simple way, enjoying the favorable climate of the area and are punctually reached by doctors from all over the planet who try to discover the secret of their longevity. The premises of Scalo Lambrate, in Milan, will host the ‘Ogliastra – Isola della Longevità’ initiative, dedicated to the centenarians, which will be held on 2 December. The event, with free admission with confirmation to the e-mail address [email protected]

“The idea stems from the need to contribute to making known the exceptional characteristics of the Ogliastra area, beyond the easy spectacle of numbers and the exceptional nature of the phenomenon – declares Mereu – The longevity of the blue zone is an important attraction, not only tourist but also usable for the repopulation of the entire Ogliastra and Sardinia. I decided to propose this event linked to my documentary to the administrators and companies of the area and I was pleasantly surprised by the compact front of all. I think of an itinerant format that runs for the various Italian and foreign cities with the aim of disseminating the values ​​and peculiarities of the land of the centenarians “. The appointment will start at 6pm. The documentary by Pietro Mereu ‘The club of the centenarians’ will be screened, which tells the daily life of some centenarians from Ogliastra and some scientists who are trying to discover and justify the causes of this phenomenon. We will then move on to the round table-talk ‘What will be the future of the Blue Zones?’ to deepen the issue with the leading experts on longevity.

In addition, Pietro Mereu’s new project ‘I want to be centenary’ will be presented. In a world obsessed with healthy food and longevity, this documentary aims to show the application of a model, like that of Sardinian centenary communities, in a complex urban context like that of Milan. The screening is part of the collateral events of the Longevicity exhibition: Crossing Communities – Milan / Tokyo – photographs by Laura Liverani, which concludes the Longevicity research project of the University of Milano-Bicocca. The cross-disciplinary research project on the future of long-lived cities, conducted between Milan and Tokyo, will be exhibited in the spaces of Scalo Lambrate from 28 November to 6 January 2022. The themes proposed by the series of events of the public program are in dialogue with the works on display, creating a place for meeting, sharing and participation on issues related to the themes of active aging, open to all citizens. At the end of the initiatives, the Aperitif of the Centenaries. Wines, cheeses, cured meats, first courses, bread, directly from the land of longevity.