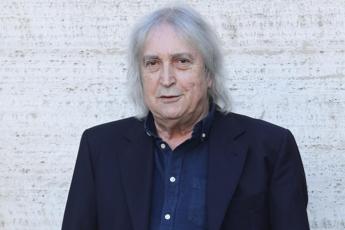 Enrico Vanzina – screenwriter, producer, writer – has spent a lifetime narrating reality. And doing it freely, even in defiance of criticism, was his trademark. In this interview, released to the newspaper ‘La Ragione’ he talks about political correctness, cinema, Meloni, the left. Even of war. Here’s his version.

Chapter 1, the politically correct. “With my brother Carlo in the eighties – which were the era of Reagan, Craxi, Thatcher, Berlusconi – we told the society of the time and its characters. And the ideological critics of the time, especially those on the left, mistook our films for backing stories. Instead they were a sociological fresco of that period. If we talked about the enriched peasants who lived in Cortina, I’m thinking of ‘Vacanze di Natale’, it’s not that we married that society. With its ideological and moralistic critique, the left has ended up losing touch with reality”. Today, in the 21st century, according to Vanzina, the politically correct “rides on shareable themes but when it becomes ideology it touches what is freedom of expression because it confuses the point of view of the author and of the narrated characters with the adherence to the improprieties they say. When politically incorrect this is not necessarily the point of view of the author: the jokes should not be exchanged with his thoughts. The characters are incorrect because they exist in real life and cinema cannot ignore reality. Anyone who wants to tell life cannot be blocked by pre-written canons, as if they were the tables of Moses. With a footnote: the public is perfectly capable of understanding that it is irony or a character who thinks incorrectly”. In Vanzina’s reasoning there is also room for what he believes is the symptom of a great contemporary contradiction : the Net, or “the realm of improprieties”. And he gives an example, to make his reasoning better understood. “Let’s take the Me Too: they don’t realize that on the Net there is a commodification of women’s bodies, with women which are proposed in provocative ways, in various poses, with changes of images every hour. And what is this if not a crazy contradiction?”.

Chapter 2, the crisis of cinemas. “Among my hopes for 2023 is that cinemas will once again be full because they are the physical place of cinematic freedom. And for this to happen, the public must find on the big screen that maximum freedom that they had always found by going to the cinema . Almost a liturgy linked to the fact that the theater was the realm of freedom of expression. It was. Today much less”.

Chapter 3, platforms. Among the causes of today’s politically correct conformism, Vanzina identifies the main one in the triumph of platforms, “which are global (and almost all American) and whose narrative is similar all over the world, thus losing the nuances of reality, such as example the local dialects, which have disappeared from the dialogues”. A way of narrating where “the differences of the realism of life are lost because the dimension of the story matters more than the details of the truth”.

Chapter 4, the war. Among Enrico Vanzina’s wishes is that the war ends. “It is – he underlines with a certain disgust – an old, absurd war of geographical arrogance, with the blackmail of the atomic bomb underneath. A twentieth-century war”.

Chapter 5, politics. Vanzina hopes “that there will be an awareness of politics on how much people today no longer love them and that this awareness will push the ruling class to recover values ​​and ideals”.

Chapter 6, Giorgia Meloni. On the Prime Minister, the Roman screenwriter is surgical: “I don’t have advice to give you, I didn’t vote for you, but I find that you are among the few who know how to play politics in Italy”, ends Vanzina in La Ragione.