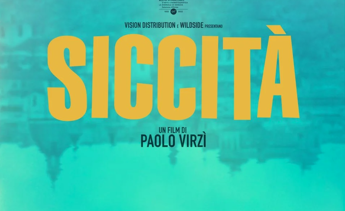 Interview of the director at ‘La Ragione’. “In the film the feeling of perception of a threat, of fear and mistrust”.

It hasn’t rained in Rome for three years and the lack of water changes rules and habits. In the city that is dying of thirst and prohibitions, a chorus of characters moves, young and old, marginalized and successful, victims and profiteers. Their lives are linked in a single design, while each seeks their own redemption. Presented out of competition at Venice 79, “Siccità” is the last great film by Paolo Virzì. The story of a collapsing society, of a world that is ending, but with a flame of hope.


“Who knows if there is a happy ending, maybe yes or maybe no”, says jokingly the same Virzì interviewed by ‘La Reason’. “It is the attempt to try to translate a feeling into a film. A feeling of perception of a threat, of fear and mistrust, of uncertainty about relationships”. The director from Livorno, who yesterday received the Career Award at the Lucca Film Festival, presents his latest effort as “a great collective film, a mosaic of events, stories of loneliness and the struggle for survival, of personal difficulty and dryness. . We have intertwined the environmental alarm with the health one, the tingling of lives in search of consolation, creating this kind of secular prayer, of desire for redemption and salvation “.

Virzì turns the spotlight on a humanity that suffers, that is struggling to survive, that hopes for a consolation and an escape. “Drought” tries “to restore the air of terror of the time we are going through” and faces an ambitious challenge: “We had the brazen and reckless claim of handling such an important theme with the tools of human comedy, placing all the characters in a kind of balance between the tragic and the farcical, bringing out their pettiness, their ridiculous, vain, mythomaniac and unhappy side “.

The director of “Ovosodo” and “Human Capital” has traced a groove in Italian comedy, which has recently been targeted by the politically correct. Virzì’s judgment is tranchant: “I am of the idea that stories should not be subjected to the scrutiny of virtuous recommendation”. If anything, they must tell about the imperfections and the wrong side of human nature: “We cannot fill the screen with good intentions. The art of the comic cannot be dominated by the dictatorship of susceptibility. On the contrary, it must be disturbing. sermons on Sundays like the parish priest at Mass. We must tell human nature in its brazen truth “.

Despite the numerous offers received from the TV platforms, “Diccità” waited for the new film season to be able to shine in theaters. With a “crazy stubbornness”, Virzì and his collaborators shot the film thinking exclusively of the big screen and the power of the images, a factor that streaming players cannot count. “Siccità” will arrive in cinemas tomorrow with Vision Distribution: “With the promotion“ Cinema in festa ”, on 22 September we did a test with 240 copies: all sold out, a sudden and joyful hope”.