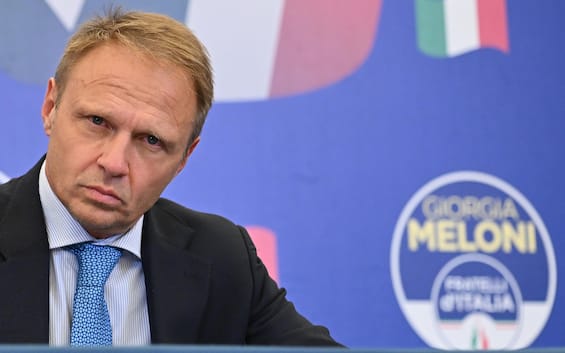 In an interview with Messenger, the group leader in the House of the Brothers of Italy takes stock of the first measures that the new center-right government will take care of: in addition to the expensive bills, there is the cancellation of the subsidy introduced by Count 1. In its place “support for those cannot work “. On totoministers: “No veto against the League, quality people for all roles”

Not only contrast to the expensive bills. Among the first measures on which the new government probably headed by Giorgia Meloni will focus, there is also the cancellation of the citizenship income. This was announced in an interview with Messaggero by Francesco Lollobrigida, the group leader in the Chamber of the Brothers of Italy. “Without a doubt we will go towards abolition”, said the number two of the center-right party, explaining that the intention is to introduce in his place “adequate support for those who cannot work”. Then the comment on totoministri: “No veto on the League, we will find quality people for all roles” (SKY TG24 SPECIAL ON THE ELECTIONS – THE RESULTS – THE STEPS TO HAVE THE NEW GOVERNMENT).

“We will reason with the allies on the timing so as not to impact the pockets of discomfort that have been created”. Thus Lollobrigida explained how the Brothers of Italy intends to tackle the citizenship income dossier also in the light of the will of the coalition comrades. On the rest of the agenda, the deputy explained: “There are contingencies that are a priority such as expensive bills, I hope that the first CDM will start from here”. A program that will necessarily have to pass from the drafting of the new budget law for 2023, on which the number two of Meloni opens a dialogue with Draghi: “I don’t know how many hands will work on it but it is the most important maneuver of the year and must be addressed close to the elections. It arises from the update note from the Def of the current executive, for which formally or not there will be a confrontation “.

“No veto on ministers”

The interview also touched on the topic of the places that will be assigned in the new executive. In this regard, Lollobrigida specified that “to govern we do not use the sling and we do not look at party cards but at quality”. For the deputy, the names circulated so far are only “chat and proposals” while certainly, even with respect to the rumors about a League outside of important roles, there is that “we never think starting from vetoes with the aim of finding valid people for all positions “.

The rise of Fdi

Lastly, Lollobrigida recounted the recipe used by the leaders of the Brothers of Italy to bring the party from 4% to victory in the elections: “It takes courage, loyalty and consistency. Finally, you need the expertise, gained in the field ”. Then she concluded by indicating what he thought was the turning point: “We were little perceived at the beginning, we remained on the psychological threshold of the useless vote. When we passed him at the European Championships in 2019, an attention mechanism was triggered that allowed us to reach everyone “.