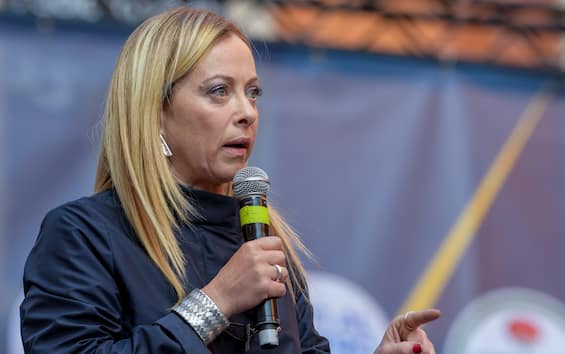 The leader of the Brothers of Italy said that the measure “failed as an instrument to fight poverty that had to be abolished and instead reached historic highs and failed as an active labor policy measure, given that very few of the income earners citizenship were eventually hired and found a decent job “

Giorgia Meloni attacks citizenship income: the leader of the Brothers of Italy has branded as a “total failure” the measure desired by the Conte I government supported by the 5-star Movement and the League, “despite having had an exorbitant cost for the State equal about 9 billion euros a year ”, he added. “By spreading a merciful veil on the thousands and thousands of scams it has generated – also favoring criminals, mafia and drug dealers – it has failed as an instrument to fight poverty that had to be abolished and instead reached historic highs and failed as an active policy measure of work, as very few of the citizens’ income earners were eventually hired and found decent work, ”Meloni said in a video on Facebook. (TOWARDS THE VOTE: LIVE UPDATES – THE SPECIAL)

“It is yet another proof of the fact that we were right when we said that the resources for active policies were to be used to help companies to hire”, explained Meloni. “Today everyone says it a little, but it remains that Fratelli d’Italia was the only political force in the whole Parliament, in the legislature that just ended, which never voted in favor of citizenship income. This is why we believe that a just state should not put on the same level who can work and who cannot do it. “Then he specified:” A protection tool is needed for those who are not in a position to work: over 60, disabled, families with no income who have minors in charge. But for the others what is needed is training and tools necessary to encourage recruitment “.

“We need decent and well-paid work”

Giorgia Meloni then concluded: “The truth is that the only way to fight and abolish poverty is to allow those in a difficult condition to improve that condition. This is not done by keeping people in the same reality in which they find themselves but allowing them to have a job, a decent and well-paid job, which can help them grow regardless of the condition they come from. This makes a just state. “