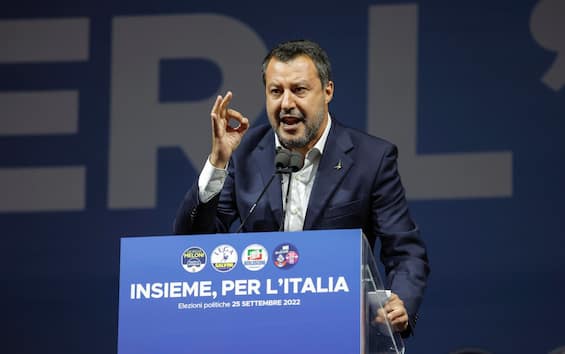 The leader of the League said during a televised debate. “The calculations we are doing allow us to say that the Fornero law can be stopped, starting quota 41 perhaps from 61-62 years. And you get the money by reviewing the citizenship income”, he stressed.

“I can say that the calculations we are doing with the Lega’s technicians allow us to say that the Fornero law can be stopped, starting Quota 41 for perhaps 61-62 years. And you get the money by reviewing the citizenship income, which now it is eternal, but if you put a period of rest you recover the resources “. This was stated during a televised debate by Matteo Salvini, vice-premier of the new Meloni government and minister of infrastructure.

As part of the pension dossier, after Quota 100 was completed, Quota 102 was introduced, ie the possibility of leaving work at 62 with a minimum of 38 years of contributions. But Matteo Salvini’s League has thought of a measure that could replace this intervention-buffer. This is why we talked about Quota 41, which the Northern League, in particular, believes could be a correct answer on the pension reform. Quota 41 is currently intended for “precocious” workers and the requirements for accessing it are: at least 12 months of contributions paid, deriving from actual work, even if not continuous, before reaching the age of 19; at least 41 years of contributions; belonging to one of the 5 protected categories (unemployed, disabled, caregivers, strenuous jobs, heavy jobs). The request of the unions and the League is, specifically, to prepare a Quota 41 for all, but an obstacle to the extension of the measure would be in the search for funds to finance it. In 2021, INPS estimated that the costs would have exceeded 4 billion in the first year, and then exceeded 9 billion 10 years later.