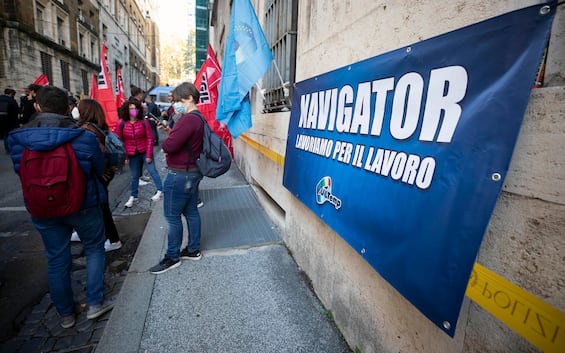 After the deadline of October 31, the government will not extend the mandate of the 946 employees charged with finding employment for the recipients of the subsidy. This is clarified by a note from the Minister of Labor, Marina Calderone: “Any further uses of these figures would require the approval of a specific standard, which is not under study”

No more navigators. The contracts of the professional figures introduced in 2019 by the Conte 1 government to relocate the earners of citizenship income to the world of work will not be extended despite having expired on 31 October. To specify it is a note from the Minister of Labor, Marina Calderone: “Any further use of the former navigators would require the approval of a specific rule, not being studied by the Ministry”.

“The contracts cannot be extended, on the other hand a mere reconnaissance activity between the Regions has been started”. Thus reads the official communication issued by the dicastery of Calderone. And we still read: “Any further use of the former navigators would require the approval of a specific rule but this is not currently being studied by the Ministry.” A clarification that aims to put a point on the issue after the press rumors circulated in sight the expiry of the contracts to which these figures were linked.

According to the Minister of Agriculture Francesco Lollobrigida, by not renewing the navigators, the Ministry of Labor has maintained the commitment of the Meloni government. A political move, therefore, which, however, does not clarify the fate which the 946 employees employed up to two days ago in this role will meet. On the issue, the executive had not by chance been solicited by the unions with a letter of 24 October in which an urgent meeting was requested.