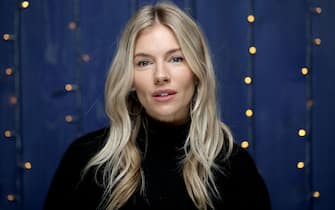 Sienna Miller is the lead female character in City of Crime, an action-packed detective film. In the film, the British actress plays Frankie Burns, a narcotics detective

Chadwick Boseman in the film is Andre Davis, a New York police officer whose personal mission is to act in honor of the memory of his father, who was also a policeman and killed on duty when he was still a young boy. Davis will be involved in a complex case involving some agents and local crime linked to drug dealing

K. Simmons in the film is Captain Matt McKenna, the district chief of the city. The actor has a long television and film career and is also known for his role in Sam Raimi’s Spider-Man film trilogy: in 2022 he was nominated for an Oscar for Best Supporting Actor for About the Ricardos

Stephan James is Michael Trujillo, a criminal involved in the local underworld

Taylor Kitsch as Ray Jackson, along with Trujillo in the shooting and robbery that starts the story

Victoria Cartagena plays Yolanda. Both she and Alexander Siddig are part of the cast of the TV series Gotham

Morocco Omari gives the face to Deputy Mayor Mott. The actor is a well-known face in the stars and stripes of cinema and TV and most recently played the character of Tariq in the acclaimed show. Empire

Dale Pavinski is Tom Cheaver. The actor and director also starred in the comedy film Barry of 2018