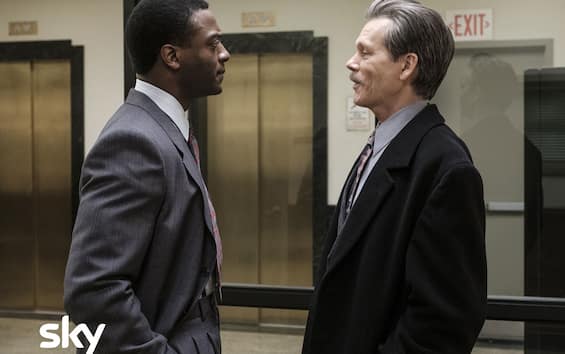 The investigations for DeCourcy Ward and Jackie Rohr, the apparently mismatched pair of agents at the center of City on a Hill. We will no longer see the characters played by on screen Kevin Bacon and Aldis Hodgecommitted since 2019 to restore order in the corrupt Boston of the nineties.

The decision not to continue the project further has been made for a while, even before the change at the top of Showtime. The feeling is that almost everyone in the company was convinced that, after the good ending of last season, the product simply had nothing more to give. The ratings then tell that gradually the audience of the series had decreased, passing from almost half a million viewers of the debut to less than two hundred thousand registered on average during the last season. The concise note issued by the network sounds very institutional but makes it clear that there were no frictions of any kind in making the decision: “City on a Hill successfully concluded its run on Showtime with the third season finale. It was the best of experiences working with Kevin Bacon, Aldis Hodge and the entire cast and crew, led by showrunner Tom Fontana and other executive producers, including Jennifer Todd and Jorge Zamacona. We extend our sincere thanks to everyone ”.

What will remain of the city on the hill

City on a Hill was a particular product that, at first glance, seemed to start from an almost already heard premise: an FBI veteran (Kevin Bacon) and a city attorney with a desire to get noticed (Aldis Hodge) are forced to work together to clean up a Boston increasingly corrupt. As Bacon himself recalled in the past, behind this rather classic canvas there was more, also thanks to the desire of the creators to include ever-current themes in the show. The star of Footloose for example, he recalled how having talked about Black Lives Matter during the working period influenced the series in the running, making it a current product despite being set three decades ago.

What will you do when you grow up?

Bacon was not the only big name involved in the project which included, in addition to the launched co-star Aldis Hodge, also the stars Ben Affleck and Matt Damon as executive producers. Now all of them will focus on new projects, starting with Hodge who may soon return to investigate as forensic psychologist Alex Cross. The main character of James Patterson’s novels will soon be brought to the screen in a new series, where he promises to appear “brilliant, flawed and full of contradictions” just like in the books.

Bacon instead will appear in the next special dedicated to the Guardians of the Galaxy. Certainly a nice way to forget a role he has repeatedly said he was fond of. Bacon decided to become Jackie Rohr after watching a test episode in which the character did long monologues bordering on absurdity. A nice challenge for the actor who, in that last period, seemed to have almost specialized in opposite parts: “I came from a series of really not very expressive, strong and silent types. They are fun to play, in their own way, for understand how to develop a performance without words. But being able to finally change things up a bit and make a guy who can’t shut up was something that attracted me a lot, ”recalled the star. We will see how talkative the next character will be who will have the face of Kevin Bacon. In the meantime, we gladly leave a place in our hearts to Jackie Rohr, well aware that from there he will never be erased by anyone.