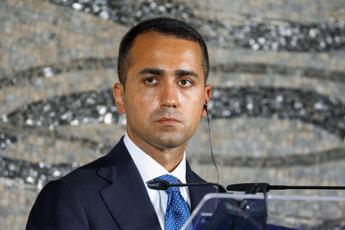 As anticipated yesterday evening by Adnkronos, Luigi Di Maio has left the secretariat of Civic Commitment, the political entity born last August from a ‘partnership’ with Bruno Tabacci, the only one who later entered Parliament. Yesterday, after passing the ‘baton’ of the Farnesina to the new Foreign Minister Antonio Tajani, Di Maio made his choice official and communicated to the party leadership.


Among the first to comment on Di Maio’s step back on social media – ‘abandoned’ by the now former head of Foreign Affairs the day after the electoral debacle – Sergio Battelli, former M5S deputy who, together with about sixty former grillini, had followed Di Maio in the splitting of the Movement: “It was an honor my friend – writes the former Genoese parliamentarian posting a photo that portrays them together on the benches of Montecitorio -. Friendship and human relationships will never change as badness will never change and the envy of the people. Ad maiora semper “.