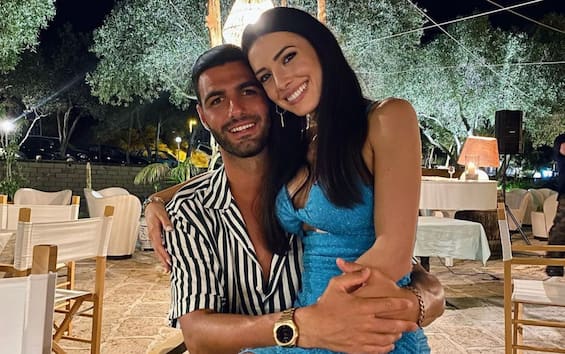 Clarissa Marchese and Federico Gregucci expand the family as evidenced by the beautiful post with which the former Miss Italy and her husband decided to announce thearrival of the second child to the vast audience of admirers who follow them both on and off social networks. The twenty-eight year old from Sciacca shows a hint of a belly in first picture of her second pregnancy. The model, writer and influencer is already the mother of little Arya, born in Miami in March 2020, whose daily adventures are told online by both mom and dad.

A group photo with the three family members huddling around the future baby, whose arrival can finally be confirmed by Clarissa Marchese who admitted, on Instagram, to be a bit‘disappeared in the last three months. In a series of Stories, the former Miss Italy has summarized for her followers, over a million on her official personal profile, what has happened since she discovered she was expecting the second child. Unlike what happened with Arya’s birth, nine months carried on beautifully and without problems, this time the pregnancy is taking place. proving more difficult. The Marquis stressed that in the last three months she had crossed all the health complications related to motherhood and that now that the situation is more stable he can finally talk about it publicly. The explanations came in the form of reassurances for fans of the former tronista of Men and women which has received many messages from his admirers concerned about his low online presence in recent months.

The “Marchesucci”, the name with which the couple made up of Clarissa Marchese and Federico Gregucci are known by their fans, are really over the moon for the arrival of their second child and the football coach, in particular, has already published several content on social media in which he compares his family to “Fantastic 4“. Little Arya has also been involved with the arrival of the new baby in some really cute videos. Clarissa Marchese and Federico Gregucci met in the well-known dating show hosted by Maria De Filippi and got married in 2019 giving birth to their first daughter just over two years ago. The couple, very popular on social media, lived for a long time in the United States for the work commitments of the sportsman and influencer.