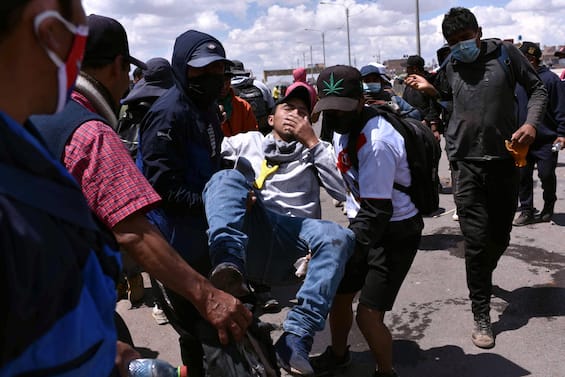 The toll in clashes in south-eastern Peru between security forces and demonstrators, who are calling for the fall of President Dina Boluarte, has worsened to at least 17 dead. Dozens more people were injured yesterday in the city of Juliaca in some of the worst violence since former President Pedro Castillo was arrested last month for trying to dissolve Congress.

For weeks his supporters have been protesting and blocking the streets arguing that Boluarte must leave and call early elections. Prime Minister Alberto Otarola denounced the clashes in Juliaca, branding them as an organized attack, denouncing that thousands of people attempted to invade the city’s airport and a local police station. Juliaca is located in the Puno region, which has been a hotbed of anti-government demonstrations.

The South American nation has been through years of political turmoil, with the latest crisis ignited when Castillo announced he would dissolve Congress and introduce a state of emergency in December. Congress, though, proceeded to vote overwhelmingly to impeach him. Castillo, currently in custody, is being investigated on charges of rebellion and conspiracy. The former president denies all allegations, insisting he is still the legitimate head of state.